No discrimination in implementation of Central Laws in Jammu and Kashmir, says Amit Shah

Home Minister said his government is open to suggestions and feedback from all including from old parties, new parties and individuals for the overall development of Jammu and Kashmir. 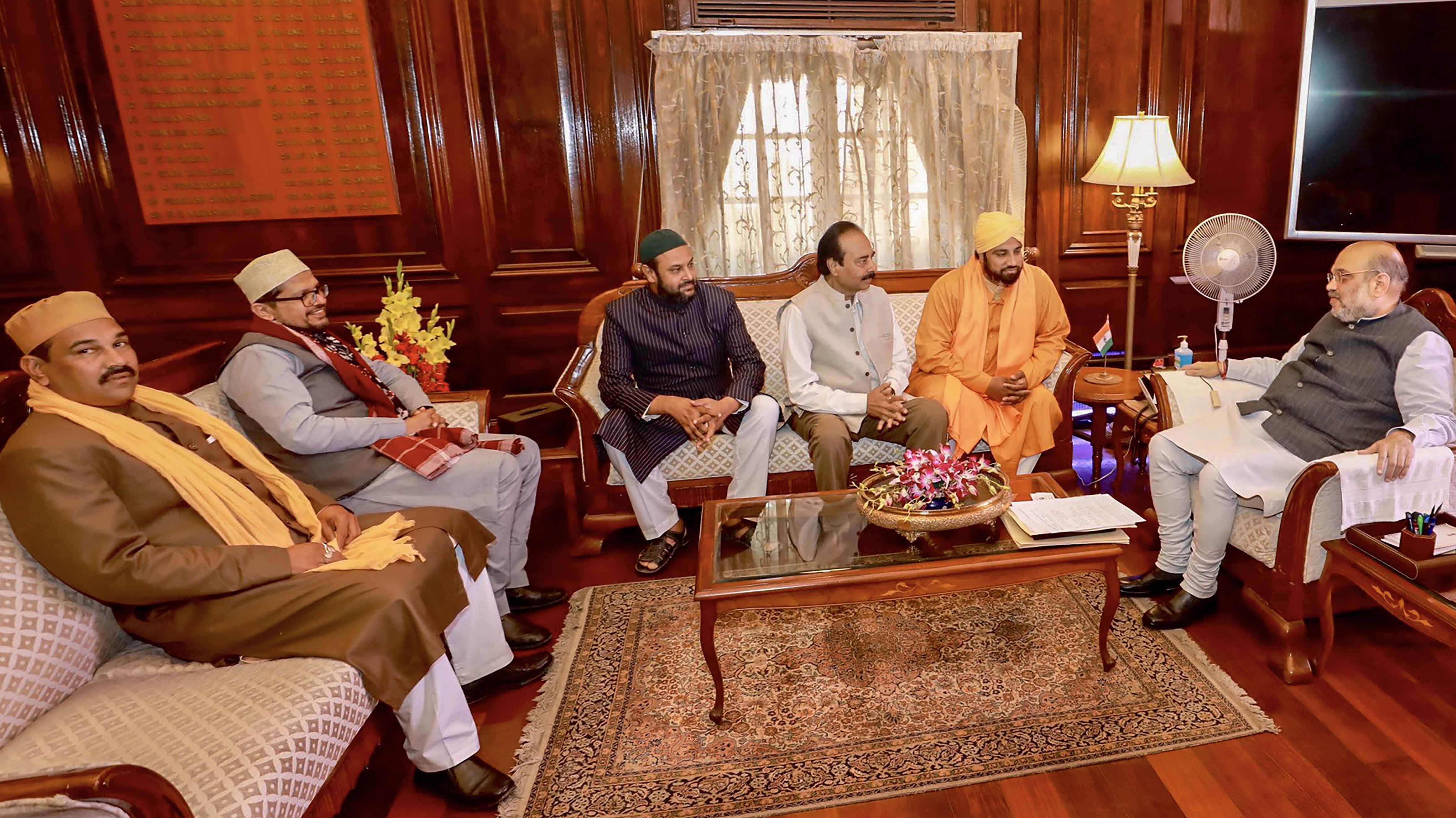 New Delhi: Union Home Minister Amit Shah on Sunday (March 15, 2020) met a 24-member delegation from Jammu and Kashmir’s Apni Party led by Altaf Bukhari in New Delhi and assured them that the NDA Government under Prime Minister Narendra Modi will take all steps necessary for the overall development of Jammu and Kashmir. He expressed confidence that visible changes will be seen on the ground in the next three to four months.

Shah after engaging with the delegation on about 40 odd issues raised by them emphasised that there is no intention of the government for demographic change in the region and all such talks have no basis at all. He said the government will work with all sections of the society to realize the hopes of statehood for Jammu and Kashmir at an early opportunity.

Shah said that PM Modi in his address to the nation after the abrogation of Article 370 said this and even he, himself in his speech in Lok Sabha on August 6 2019 expressed the same sentiment. The Home Minister said this is also good for India’s interest, as the region is a border area.

Allaying the apprehensions of the delegation on restrictions, Shah said all decisions on relaxations being taken by the Prime Minister and implemented by Home Ministry are based on ground realities and not due to any pressure. He referred to steps like the release of people from preventive detention, restoration of internet, relaxation in curfew and added that even political prisoners will be freed in times to come. The main objective of the government is that not a single person should die, be it a common Kashmiri or any security personnel.

The Home Minister assured the delegation that Jammu and Kashmir will have a better domicile policy than other states in the country and said that a reasonable Economic Development Policy will be drafted soon after widespread consultation. He emphasised that there is no discrimination in the implementation of Central Laws in Jammu and Kashmir and interests of all sections will be taken care of.

Shah told the delegation that soon a very attractive Industrial Policy will be announced for rapid economic development and a Land Bank has already been created. He said, for the last 70 years, J and K attracted Rs 13,000 Crore and expressed hope that by 2024 three times more investment will come in the region as there is huge potential for the same and investors are also willing to come forward. This will also solve the problem of unemployment in the region, he added.

On the issues of reservation, the Home Minister said that a Commission will be set up soon and reiterated that no injustice will be done to Gujjars, nomads and other communities. On the issues concerning J and K Bank, he assured the delegation to personally look into the problems. He said that issues on bureaucratic front and loopholes in general administration will be resolved on a fast track basis.

Shah said that he will also ask the LG to appoint a Nodal Person to meet the aggrieved people twice in a week. He also asked the delegation to provide feedback from the below for their prompt redressal.

The Home Minister said his government is open to suggestions and feedback from all including from old parties, new parties and individuals for the overall development of Jammu and Kashmir.