No discussion on government formation in Maharashtra with Sonia Gandhi, says Sharad Pawar

No discussion on government formation in Maharashtra took place in meeting with Sonia Gandhi, said National Congress Party (NCP) chief Sharad Pawar after holding a meeting the Congress president at her 10, Janpath residence in Delhi on Monday. 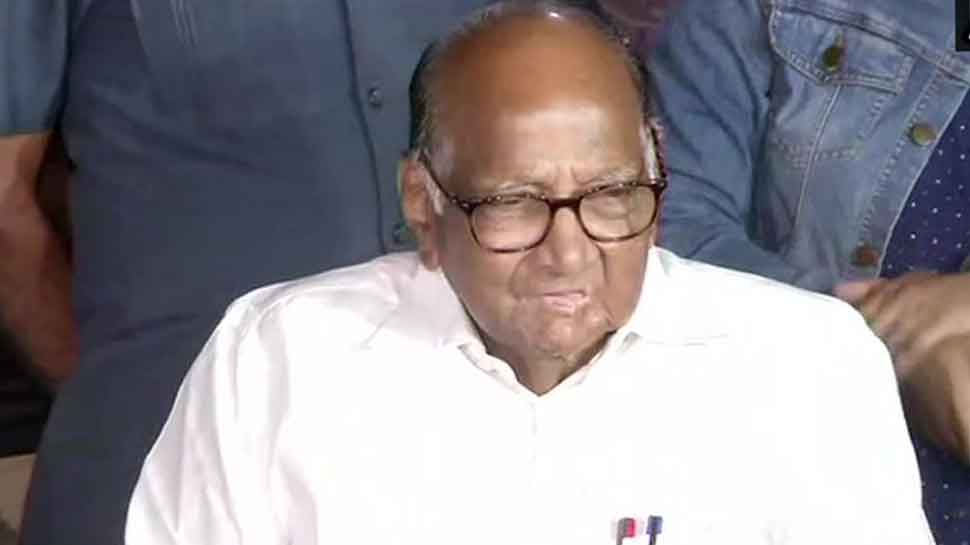 NEW DELHI: No discussion on government formation in Maharashtra took place in meeting with Sonia Gandhi, said National Congress Party (NCP) chief Sharad Pawar after holding a meeting the Congress president at her 10, Janpath residence in Delhi on Monday.

"I just had a meeting with Congress president and along with her, AK Antony was there. We discussed in detail about Maharashtra’s political situation. I have briefed her about the situation," said Sharad Pawar while maintaining that no discussion on the alliance to make a government in Maharashtra took place.

"We did not discuss about forming government with anyone. We discussed situation and numbers," said the NCP chief while adding, "Swabhimani Shetkari Sangathan was with us too. Their MLA won. We can’t ignore them. We had left some seats with SP. Their MLAs have also won. Republican group too supported. We have to take all into confidence. We haven’t discussed about going with anyone."

Saying that Congress and NCP will take senior leaders of both parties into confidence and seek their opinion to decide their future course of action, Pawar said, "We will keep an eye on the situation."

After the meeting between Pawar and Congress chief Sonia Gandhi concluded, Congress spokesperson Randeep Surjewala took to Twitter and said that during the meeting, tt was decided that in a day or two, representatives from NCP and Congress will meet in Delhi to discuss the way forward.

Ahead of the meeting, Sharad Pawar had on Monday said all the political parties seeking to stake claim in forming government in Maharashtra have to "choose their path." The Shiv Sena had reached out to the Congress-NCP combine for support after its alliance with the BJP collapsed.

"BJP-Shiv Sena fought together, we (the NCP) and the Congress fought together. They have to choose their path and we will do our politics," he told reporters.

Shiv Sena leader Sanjay Raut is expected to meet Sharad Pawar after his meeting with Sonia Gandhi and discuss on the government formation.

It is to be noted that the NCP, Congress and Shiv Sena leaders are in touch with each other over forming a coalition government in Maharashtra after the snapping of ties of between BJP and Shiv Sena over the chief minister's post.

Notably, BJP and Shiv Sena contested the October 21 Assembly polls together with the BJP finishing as the single largest party after winning 105 seats. The Shiv Sena ended at second place after winning 56 seats in 288-member Maharashtra Assembly. However, the BJP-Shiv Sena failed to form the government as Shiv Sena chief Uddhav Thackeray demanded rotational chief ministerial post, a demand rejected by the BJP.