No Surya Kiran aerobatics at Aero India 2019 in Bengaluru: IAF

Surya Kiran returned to Aero India air show in Bengaluru in 2017 after a gap of nearly four years. 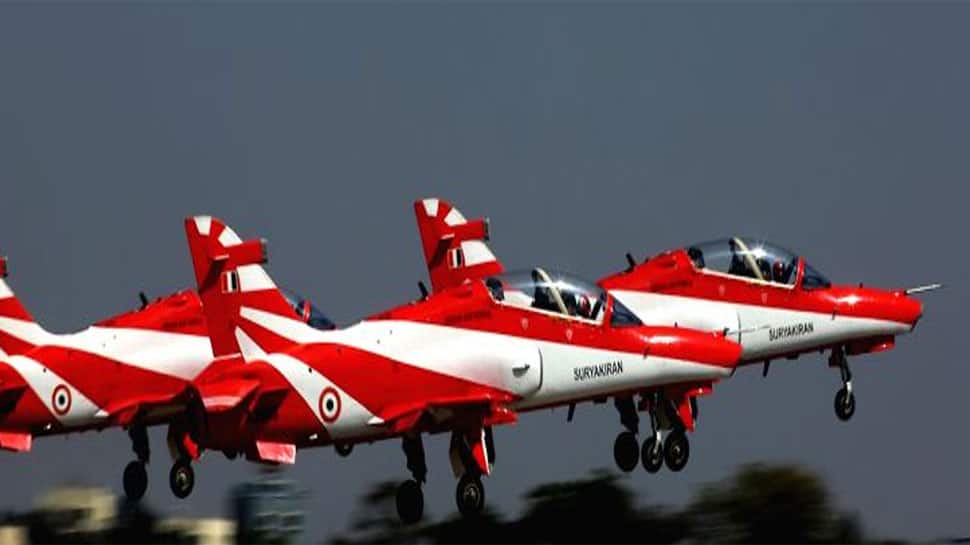 BENGALURU: Aerobatics by the IAF`s Surya Kiran aircraft would not be part of the flying display at the air show from Wednesday due to the death of a pilot following collision of two planes in the air while rehearsing near the Yelahanka airbase, a senior official said on Tuesday.

"Surya Kirans won`t be part of the flying display at the air show, as we had an unfortunate incident on Tuesday in which a pilot died after two of its aircraft crashed. All other displays will go as planned," Air Marshal R.K.S. Bhadauria told reporters.

Admitting that the risks in aerobatics were very high, Bhadauria said the two Surya Kirans collided in the air when they were doing a mirror image in which the margin of error was very low.

"Whether it was an execution error or bird hit will be found out in investigation. Very few teams have 9 aircraft for aerobatics," Bhadauria told reporters at a press meet Defence Minister Nirmala Sitharaman addressed here ahead of the biennial 5-day Aero India 2019 in this aerospace hub.

Bhadauria is the Air Officer Commanding-in-Chief of the IAF Training Command here.

The crash occurred around noon on the outskirts of the airbase in the northern part of the city in an open field close to a residential area.

The twin aircraft were Hawk advanced jet trainers and part of the nine-aircraft Surya Kiran Aerobatic Team (SKAT) which displays daredevil feats and breath-taking formations in the air.

The British-origin Hawks are made in India by Hindustan Aeronautics Ltd (HAL). These are used to train pilots in advanced fighter flying skills.

Surya Kiran returned to Aero India air show in Bengaluru in 2017 after a gap of nearly four years.