Twenty-three EU parliaments landed in Srinagar on Tuesday afternoon. After checking into at a five-star hotel, they were taken to the Army's 15 Corps headquarters at Badami Bagh where top army commanders briefed them about the situation in Kashmir. 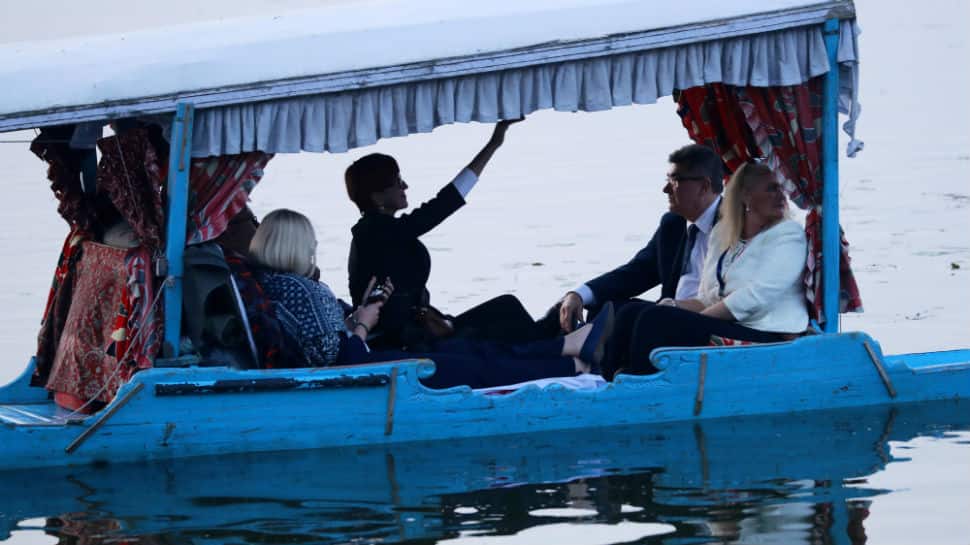 New Delhi: A delegation of European Union (EU) members visited Jammu and Kashmir on Tuesday to asses the situation in the state. The visit happened amid heightened tension due to sporadic incidents of violence and a shutdown. It is the first foreign delegation to visit Kashmir after the abrogation of Article 370 on August 5.

Twenty-three EU parliaments landed in Srinagar on Tuesday afternoon. After checking into at a five-star hotel, they were taken to the Army's 15 Corps headquarters at Badami Bagh where top army commanders briefed them about the situation in Kashmir.

News agency IANS reports that the delegation also met members of the Janata Dal-United and the Bharatiya Janata Party, representatives of panchs and the sarpanchs from the valley, as well as some of the newly-elected Block Development Commission members.

Later, the parliamentarians took a shikara ride on the Dal Lake.

The visit came under severe criticism by the opposition who questioned the government for allowing foreign lawmakers in J&K at a time when Indian politicians have been barred or asked to return or are under house arrest.

The Prime Minister, while welcoming the delegation, had expressed hope that they would have a fruitful visit to various parts of the country, including Jammu and Kashmir.

"Their visit to Jammu and Kashmir should give the delegation a better understanding of the cultural and religious diversity of the region of Jammu, Kashmir and Ladakh; apart from giving them a clear view of the development and governance priorities of the region," the Prime Minister's office said.

Meanwhile, on Wednesday, the delegation is likely to hold a press conference to share their views on the visit. However, it is being said that the interaction will not be telecasted live.