Army and security forces have foiled 22 infiltration attempts and killed 34 armed intruders in different sectors near the Line of Control (LoC) since January. 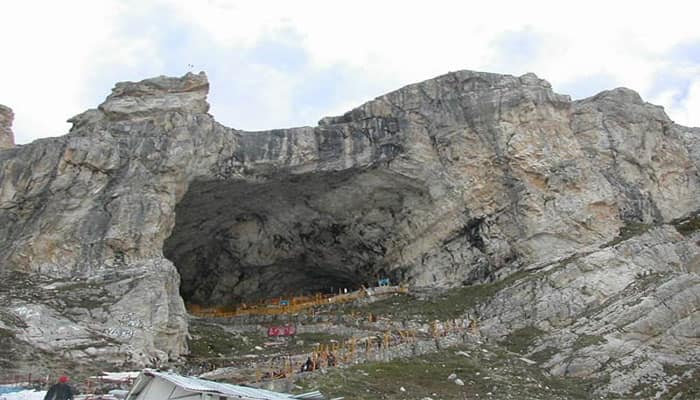 Srinagar Pakistan has increased infiltration bids in Jammu and Kashmir just ahead of the annual Amarnath Yatra.

Though the Army and security forces have foiled 22 infiltration attempts and killed 34 armed intruders in different sectors near the Line of Control (LoC) since January, it is estimated that around 25 to 35 militants have managed to sneak into Kashmir Valley.

Earlier in the day, a resident from Anantnag was injured in Banihal of Jammu region when unknown terrorists fired on two security force vehicles that were moving ahead of his car.

Amarnath Yatra, scheduled to begin on June 29, passes through Banihal to enter Kashmir.

In an another incident earlier today, one civilian was injured in a cross-fire between terrorists and Indo Tibetan Border Police (ITBP) personnel in the Qazigund area.

On June 3, one Indian Army soldier was killed in an attack by terrorists on a convoy in Qazigund. Two others have been injured while two other personnel are critically injured.

On the same day, one civilian was also injured in ceasefire violation by Pakistan in Poonch sector.

Defence officials say that Pakistan is desperate to push terrorists into the Kashmir. Valley. The Pakistan Army continues to provide active support to the terrorists, including cover fire, from Pakistan army posts at the LoC.

According to defence officials, in the past 48 hours, infiltration attempts have been foiled at Gurez, Machhil, Nowgam and Uri sectors. Seven armed infiltrators have been killed so far. Large quantity of arms, ammunition and war-like stores has been recovered.