The memorial was inaugurated on September 7 - Pakistan's Air Force Day - and is located at Sargodha Air Base near the eastern city of Lahore.

New Delhi: India has slammed Pakistan for dedicating a memorial to the events of February 27th when it launched a direct attack on Indian military installations after New Delhi's counter-terror strike on Jaish-e-Mohammad terror training camps in Balakot on February 26.

New Delhi dismissed it as another propaganda by Islamabad, saying it is a "lie, deceit, deception cast in stone".

Calling the structure based on "false notion of victory", a top government source said, "unfortunately Pakistan Army & ISPR ( Inter-Services Public Relations is the media wing of the Pakistan Armed Forces) is taking the whole nation with 220 million population down."

The memorial was inaugurated on September 7 - Pakistan's Air Force Day - and is located at Sargodha Air Base near the eastern city of Lahore. 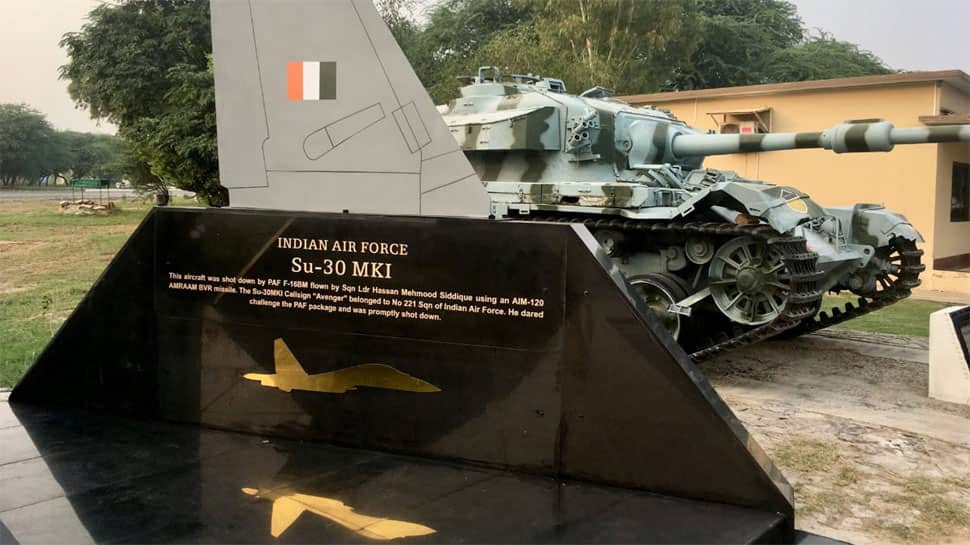 The memorial has names of Pakistani officials who took part in the February 27th operation and displays wings of two Indian Air Force planes - one MiG 21 Bison & Su 30 MKI - which Pakistan claims to have struck down.

While India accepts one MiG 21 Bison was shot down whose pilot Wing Commander Abhinandan Varthaman was captured but, under global pressure, Islamabad was forced to release him soon, there is no proof of another Indian plane being shot down.

On the memorial, it is also written that Pakistan used F16s which was flown by Sqn Ldr Hassan Mehmood Siddique using AMRAAM Missile, that was used to target Indian military installations.

There are two graves below the memorial of two Pakistani pilots who went down on February 27th operation which Islamabad never owned up.

Indian Air Force had launched the airstrikes on February 26 in response to Pulwama terror attacks on February 14 that killed more than 40 CRPF personnel.