SSP Garima Malik said that one accused was arrested while two others have surrendered in the city court. 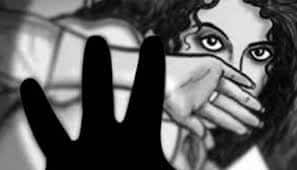 Patna: In the rape case of a 20-year-old girl student in Patna, two accused have surrendered in the lower court on Friday (December 13). The college student was gang-raped by four accused in Pataliputra police station area, sparking a widespread protest in the state capital of Bihar.

SSP Garima Malik said that one accused was arrested while two others have surrendered in the city court. The police is expected to take the two accused on remand for interrogation.

The police had launched a manhunt to nab the culprits, who allegedly gang-raped the girl at the tip of the knife in the apartment of Gandhi Path area of ​​Nehru Nagar around 1 pm on December 9. Since the incident occurred immediately after the Hyderabad rape and murder case, the city was also on the boil.

The students from Patna University staged a massive protest and jammed Kargil Chowk, demanding justice for the victim, burning the effigy of culprits at Kargil Chowk. The protests blocked the movement of vehicles and even ambulances were stuck in the traffic jam.

According to the police, one of the accused, Vipul, was known to the girl, and he had molested her earlier also in October. He threatened her to make her pictures and video viral if she opened her mouth. On December 9, Vipul asked the girl to come to the apartment of Gandhi Gandhi area on the pretext of giving those pictures to her.

When the girl reached the place, there were three more boys besides Vipul, and they gang-raped her at the tip of the knife. They also threatened to kill her if she related the incident to her family or anyone else.

However, a case was later registered with the Women's Police Station. Taking seriousness of the matter, the Senior Superintendent of Police formed a team to nab the culprits. The Police earlier said that the accused have been identified and raids were conducted in nearby districts of Patna to nab them.

Since the case elicited widespread protests, the ruling party JD-U's spokesperson Rajiv Ranjan earlier spoke to the media saying, "The police would soon arrest the accused, and they will soon be behind the bars."

"These cases would be dealt with the speedy trial, and the government would also ensure that harshest punishment is awarded to such culprits to create fear in the minds of people," Rajiv Ranjan added.

Meanwhile, the RJD has targeted the Bihar government for deteriorating the law and order situation in the state.

Recently, the state has witnessed several horrific incidents. One pregnant girl was burnt to death allegedly by her boyfriend at a village under Sikarpur police station in West Champaran district on Tuesday.

West Champaran Superintendent of Police, said, "The two had a love affair. The girl claims to be one-month pregnant. She was pressing for the marriage. Enraged by the continuous pressure, the accused boy set her on fire. The girl succumbed to injuries in the hospital."

In another case, a girl was allegedly set on fire after she resisted a rape attempt in Muzaffarpur district just two days ago. The 23-year old victim had sustained 60 per cent burns and is currently fighting for her life in a hospital.

In Buxar district, a woman was burnt to death in an alleged honour killing by her own family members. The police said that the deceased's parents and her elder brother were arrested in this connection.