The first set of pictures of Chandrayaan-2 were clicked by the OHRC instrument provides the sharpest images from a lunar orbiter platform. The high-resolution camera is a crucial tool for lunar topographic studies of select regions. 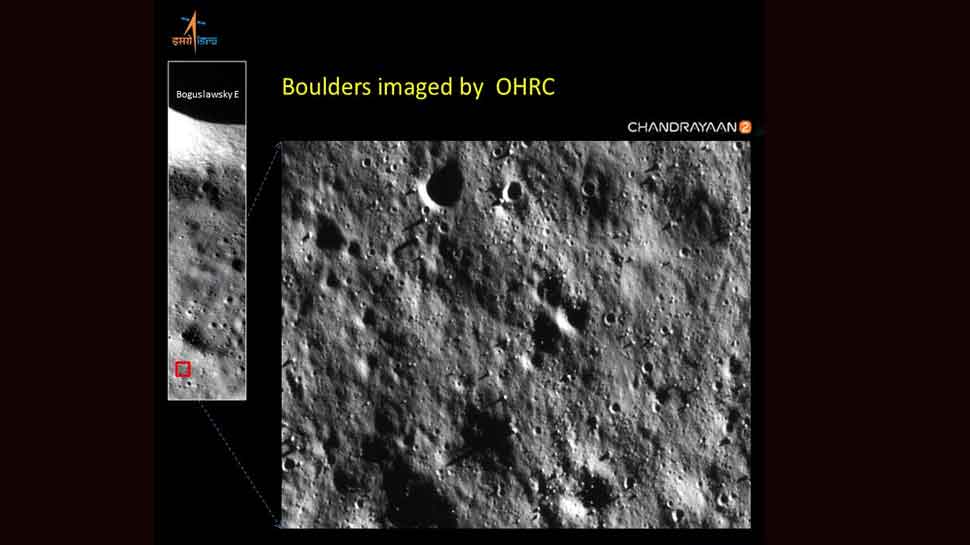 The ISRO has mentioned specific details about the timing and location of the images. It has stated that the image was taken at 4.38 am Indian Standard Time (IST) on September 5 from an altitude of 100 km.

Located in the southern polar area of the moon, the image covered a part of the BOGUSLAWSKY E crater and its surroundings. It has a diameter of 14 km and a depth of 3 km. This crater has been named after Palon H Ludwig von Boguslawsky, who was a German astronomer.

The latitude and longitude coordinates of this spot have been given as 74.623 South and 54.087 East. Images showcasing close up views have also been released to give more clarity on specific aspects like the presence of small craters and boulders. 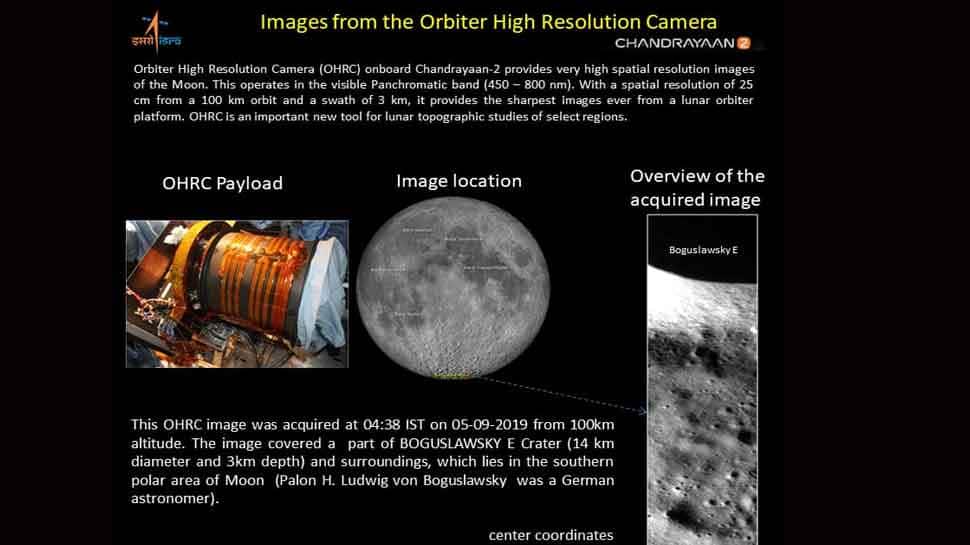 ISRO lost contact with the Vikram lander when it attempted landing on the Moon on September 7. Contact was lost in the final stages of the landing attempt. ISRO has been unable to re-establish contact with Vikram, which carried the six-wheeled lunar rover Pragyaan, since then. 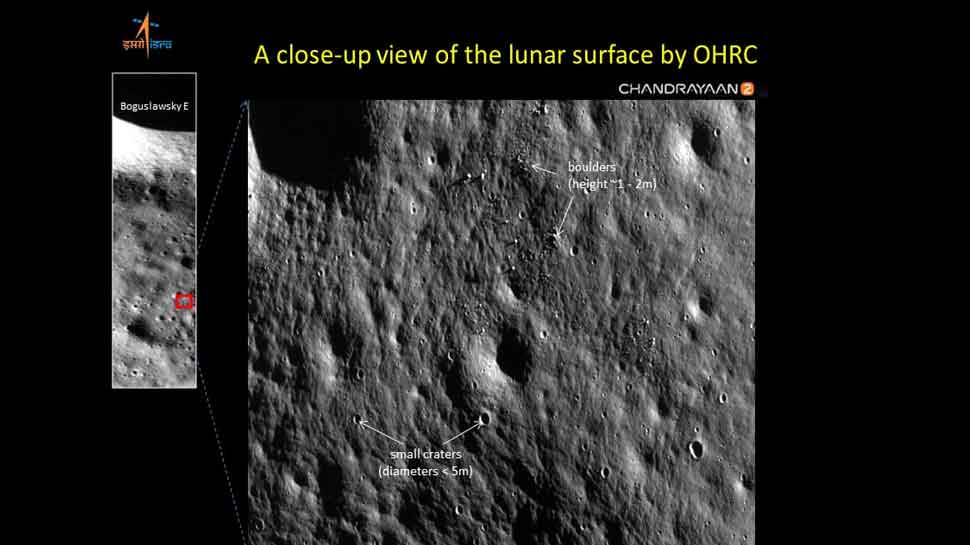 The Chandrayaan-2 orbiter is safe in its orbit around the Moon and has begun performing experiments. On Thursday, Isro said the orbiter had managed to detect charged particles near the Moon.

These particles are a result of 'solar wind' (a stream of electron and protons) interacting with the Earth's magnetic field, which extends behind our planet. When the Moon (and thus, the Chandrayaan-2 orbiter) is behind the Earth, these charged particles interact with its surface, offering a chance to perform experiments.