People laughing at us, image of Parliament hit: Venkaiah Naidu on ruckus in Rajya Sabha

The Parliament's winter session has seen adjournments galore as the opposition has faced off against the government over a number of issues. 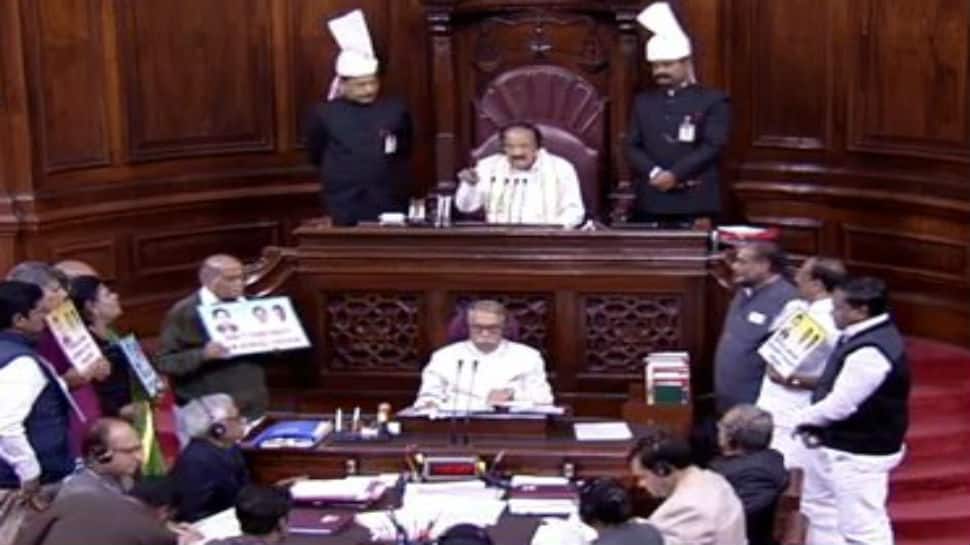 New Delhi: In an effort to establish order amid chaos in a politically-charged Winter Session of Parliament, Rajya Sabha chairman Venkaiah Naidu on Wednesday said that people are laughing at parliamentarians and that it is imperative that constructive work is done.

The Parliament's winter session has seen adjournments galore as the opposition has faced off against the government over a number of issues - from triple talaq to Rafale deal and the Vande Mataram row. This prompted Naidu to highlight how the image of Parliament is deteriorating. "The image of the Parliament is taking a beating. People are laughing at us," he said on Wednesday as he attempted to silence the cacophony from several MPs here. "Please cooperate to see that this House functions in a meaningful manner for the remaining days and pass some resolutions. Issues cannot be dictated."

The month-long winter session began from December 11 but has seen political slugfest galore - both inside as well as outside Parliament. The main issues over which politicians have squabbled with one another are the Triple Talaq Bill and the Rafale deal. While the opposition - led by Congress - has sought to block the passage of the Triple Talaq Bill in Rajya Sabha, it has sought to corner the BJP government over the Rafale jet deal. The government though maintains that it is committed for the welfare of the Muslim women as far as the issue of triple talaq is concerned while stating once again that there was no wrongdoing in the Rafale deal and that even the Supreme Court has given a clean chit.