After the vandalism in Kolkata for which both the BJP and TMC held each other responsible, Banerjee had promised that she would get the bust replaced at the earliest. Hitting 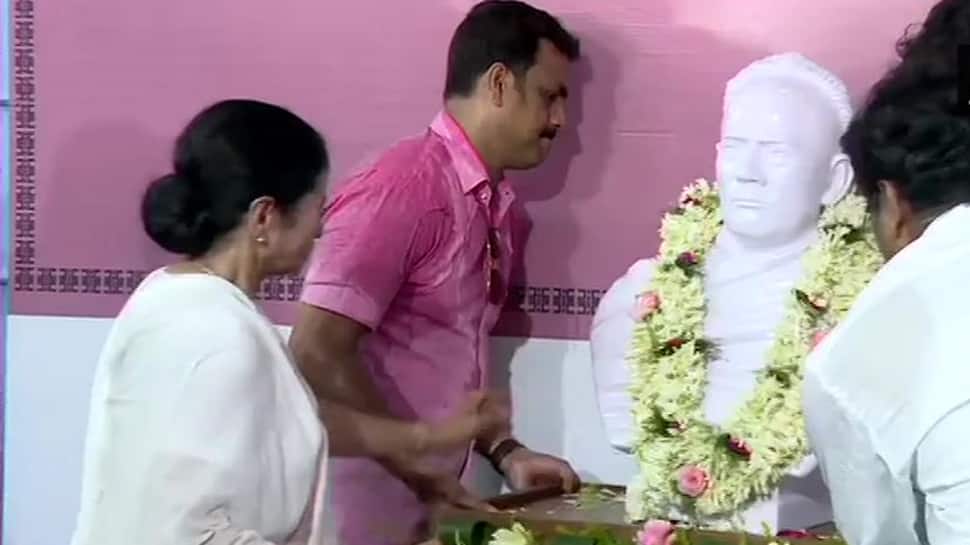 KOLKATA: West Bengal Chief Minister Mamata Banerjee on Tuesday installed a bust of Iswarchandra Vidyasagar at a college where an old one was vandalised during BJP president Amit Shah's roadshow in Kolkata on May 14. Garlanding the bust 28 days after another statue of the 19th century reformer was vandalised, she said that by breaking a statue, Vidyasagar cannot be taken out of the hearts of people of Bengal.

After the vandalism in Kolkata for which both the BJP and TMC held each other responsible, Banerjee had promised that she would get the bust replaced at the earliest. Hitting out at the BJP, she alleged that a plot was underway to turn Bengal into Gujarat.

"By breaking the statue they are trying to make us forget our culture. A political party should first become civilised. BJP blamed TMC for the vandalism. 10 people died post-Election and eight people are from my party," she said.

Taking a jibe at West Bengal Governor Keshari Nath Tripathi who met Prime Minister Narendra Modi and Union Home Minister Amit Shah in Delhi on Monday, she said: "I respect the Governor but every post has its constitutional limit. Bengal is being defamed. If you want to save Bengal and its culture come together. There is a conspiracy to forget the rich legacy of Bengal. A plan is being hatched to turn Bengal into Gujarat. Bengal is not Gujarat."

The meeting came after the Centre issued an advisory to the West Bengal government expressing "deep concern" over the deaths of people in post-poll violence.

Banerjee also blamed the BJP for controlling the media to show the state in a negative light. "Kill me if needed. I don't need anything, I work for the people. A lot of people are killed in UP and children die but it does not come out anywhere in the media as it is all controlled by them," she was quoted as saying by news agency ANI.

The TMC chief marched in the procession to Vidyasagar College to participate in the re-installation event of the bust.