While discussing the motion of thanks to President’s address in Rajya Sabha, Prime Minister Narendra Modi said that the NPR and Census were ‘normal administrative processes’ and people are being misled by opposition parties on these issues only to create anarchy in the country. 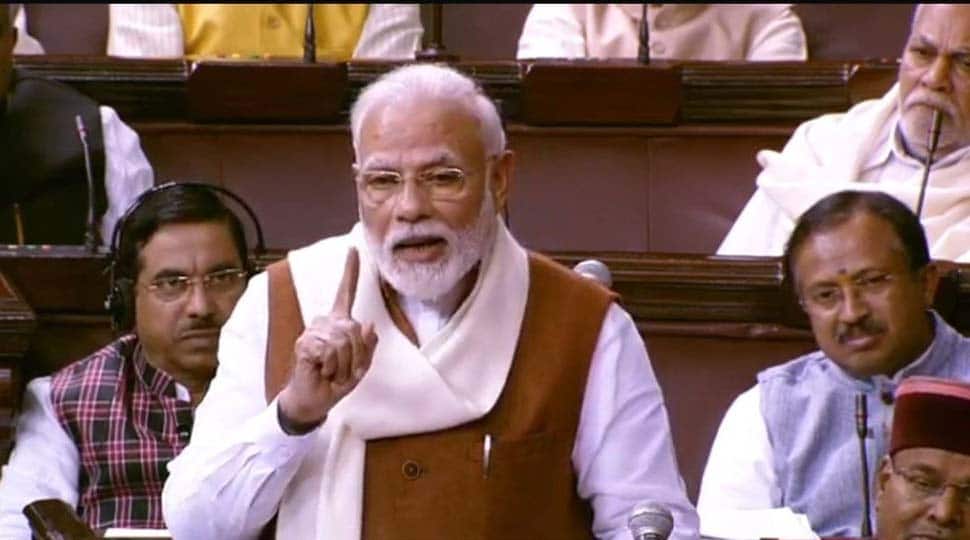 Prime Minister Narendra Modi on Thursday (February 6) slammed the Congress and other opposition parties for spreading misinformation about the Citizenship Amendment Act (CAA) and National Population Register (NPR). While discussing the motion of thanks to President’s address in Rajya Sabha, the prime minister said that the NPR and Census were ‘normal administrative processes’ and people are being misled by opposition parties on these issues only to create anarchy in the country.

Defending the NPR, PM Modi said that the process will help in improving the reach and implementation of government schemes. “We need pattern of migration. Who is going from which district to where – without this information a district’s growth cannot happen. You are spreading so much rumour and misgivings about NPR. You had yourself carried out the process in 2010. We are here since 2014 and have we ever opposed it? We have all the records," PM Modi said.

"Dont try to mislead people. They (opposition) are opposing (NPR) for narrow and frivolous political narrative. This is anti-poor," he added.

PM Modi also lashed out at the opposition parties for supporting the pan-India anti-CAA protests, accusing it of “misguiding and misinforming" the country over citizenship laws. “Anarchy was spread in the name of protests. The violence took place and that was considered a right to protest…undemocratic activities are being covered up. I can understand Congress’ desperation but the Left parties should understand at least. Kerala CM has said in assembly that protests are being supported by extremist groups. What you support in Kerala, how can you oppose it here," PM Modi said.

“Honestly, I was a bit disappointed with some of the remarks. Some members have made stagnation a virtue. They were stuck in the same old ways, talking about the same old things of the past," he noted.

“People do not forget things easily. I want to remind the leader of the opposition in the Rajya Sabha about the manner in which proceedings regarding the creation of Telangana took place. Did our former prime minister Dr. Manmohan Sigh not remark that democracy is being harmed due to protests on Telangana issue?," he said.