This is Trump`s first visit to India since he assumed office. 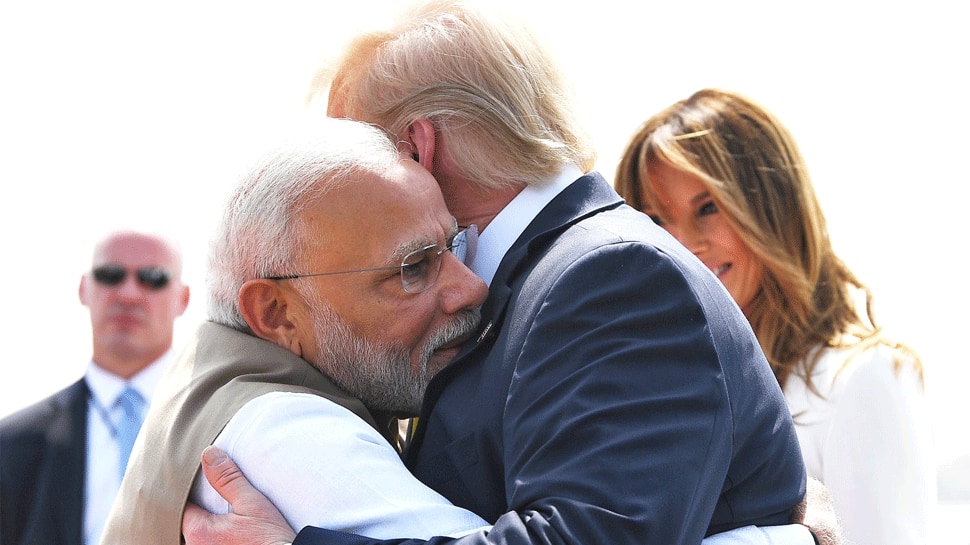 Ahmedabad: A red carpet welcome was given to US President Donald Trump and First Lady Melania Trump on Monday (February 24) amid sounds of conch shells after their Air Force One landed at Ahmedabad Airport. Trump is accompanied by his daughter Ivanka and a 12-member delegation.

The Trumps got into the US President`s black car, the `Beast`

This is Trump`s first visit to India since he assumed office.

Trump`s first stop in India is the Sabarmati Ashram where he will spend some time.

PM Modi also shared the picture with his Twitter family and wrote, "Welcome to India @realDonaldTrump."

The President landed in Ahmedabad, where besides an unprecedented roadshow and `Namaste Trump` event at the Motera cricket stadium, the largest in the world, have been organised in his honour.

The US President, along with his family and a ministerial delegation, will be in India for around 36 hours. They will next visit Agra and Delhi during their stay.

This is President Trump's first official visit to India.