A number of PMC bank depositors today staged a protest as a Mumbai court extended custody of three accused in the bank fraud case. 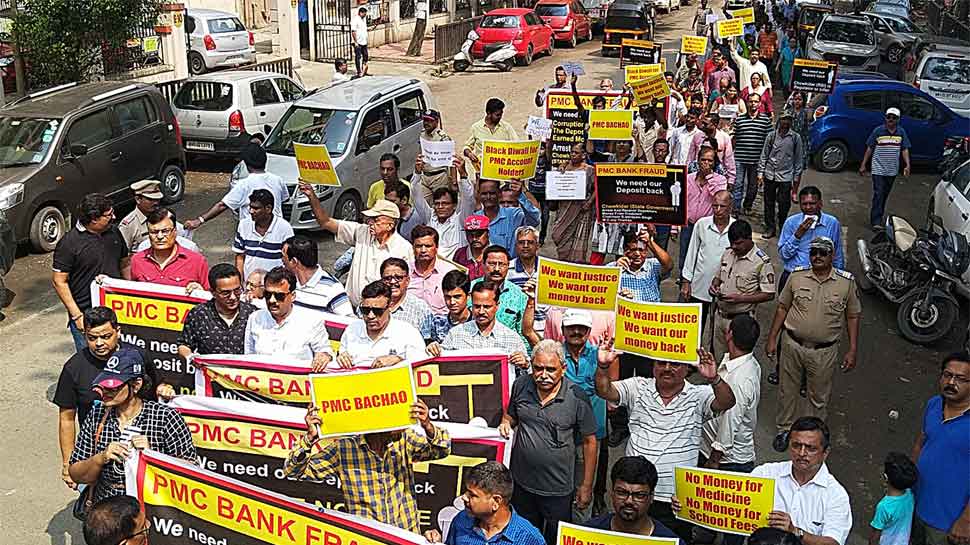 The Mumbai Police had nabbed the Wadhawan duo last week. According to the police, PMC bank officials gave loans to HDIL between 2008 and 2019 despite no repayment of the previous loans. Joy Thomas, the former managing director of PMC Bank, is already in police custody.

Meanwhile, PMC bank depositors staged a protest outside the court premises, demanding reimbursement of their money from the bank.

"Our main issue is that the money of all PMC Bank depositors should be returned. According to reports, Finance Minister Nirmala Sitharaman has hinted that the PMC bank will be revived or merged with some other bank," the news agency quoted one of the depositors as saying.

"We demand that the HDIL directors should get jail, not bail today in the court. Because of them, we have lost our money. We all have gathered here to make sure they don`t get bail in the matter. The government is encouraging us to join digital India but how can we join it when our money in the banks is not safe," another protestor told ANI.

Union Finance Minister Nirmala Sitharaman had earlier met customers of PMC Bank on October 10 and heard their woes. "Finance Ministry may have nothing to do with it (PMC bank matter) directly because RBI is the regulator. But from my side, I have asked the secretaries of my ministry to work with the Rural Development Ministry and Urban Development Ministry to study in detail as to what is happening," she said.

Last month, the RBI restricted the activities of the PMC Bank for six months and asked it to not grant or renew any loans and advances, make any investment or incur any liability, including borrowing of funds and acceptance of fresh deposits.

The RBI on October 3 stipulated the withdrawal limit for the depositors of Punjab And Maharashtra Cooperative Bank Ltd to Rs 25,000.

PMC Bank is a multi-state scheduled urban cooperative bank with operations in Maharashtra, New Delhi, Karnataka, Goa, Gujarat, Andhra Pradesh, and Madhya Pradesh. With a network of 137 branches, it ranks among the top 10 cooperative banks in the country.