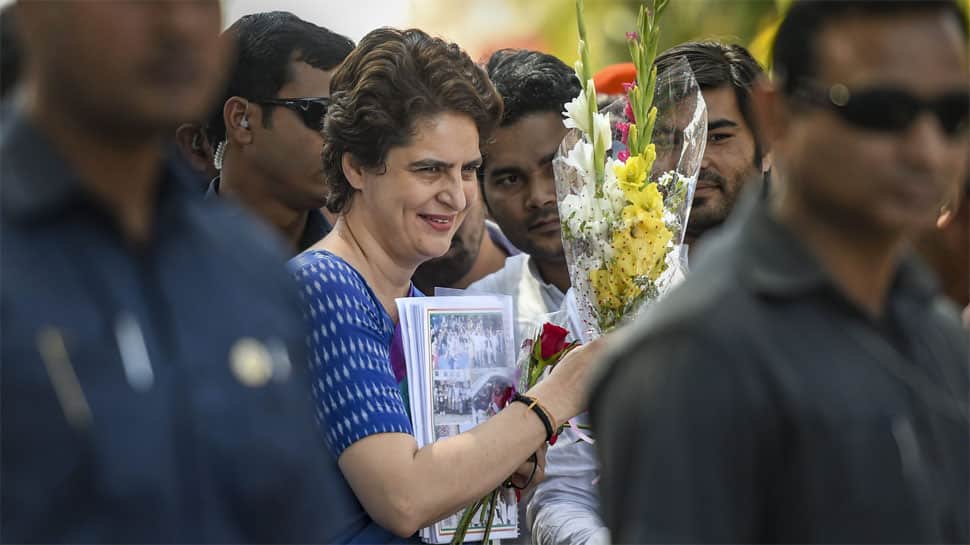 "I am very very proud of DRDO, which is one of India's great institutions founded by Jawaharlal Nehru," she said on Wednesday while speaking to reporters here at Musafirkhana in the Amethi district of Uttar Pradesh.

When asked if DRDO's achievement was being politicised, Priyanka told news agency ANI, "You know, several issues are being politicised which should not happen. According to me, elections should happen on real issues and I am saying that wherever I go."

DRDO was established in 1958 with the merger of the Technical Development Establishment (TDEs) and the Directorate of Technical Development and Production DTDP) with the Defence Science Organisation (DSO). It was tasked to lead India's military research and development. From an organisation with just 10 laboratories since its inception, the DRDO now has a network of more than 50 laboratories in multi-directionally dimensions.

In a breakthrough move establishing the country as a top military power in space, India shot down  a low earth orbit satellite using a ground-to-space anti-satellite (ASAT) missile. A Ballistic Missile Defence Interceptor Missile successfully engaged an Indian orbiting target satellite in Low Earth Orbit in a 'Hit to Kill' mode, said the DRDO.  PM Modi announced the success of the test in a nation-wide broadcast on Wednesday.

“In the journey of every nation there are moments that bring utmost pride and have a historic impact on generations to come. One such moment is today. India has successfully tested the Anti-Satellite (ASAT) Missile. Congratulations to everyone on the success of #MissionShakti,” tweeted the PM.

“#MissionShakti was a highly complex one, conducted at extremely high speed with remarkable precision. It shows the remarkable dexterity of India’s outstanding scientists and the success of our space programme,” he added.

India became the fourth nation, after the United States, Russia and China, to acquire the specialised and modern anti-satellite weapon.