A day after Supreme Court dismissed review petitions challenging its verdict in the Rafale case on December 14, 2018, BJP on Friday staged a protest outside the AICC office demanding Rahul Gandhi's apology to Prime Minister Narendra Modi for his "baseless allegations", while Congress leader Prithviraj Chavan in Mumbai demanded registration of FIR in the case. 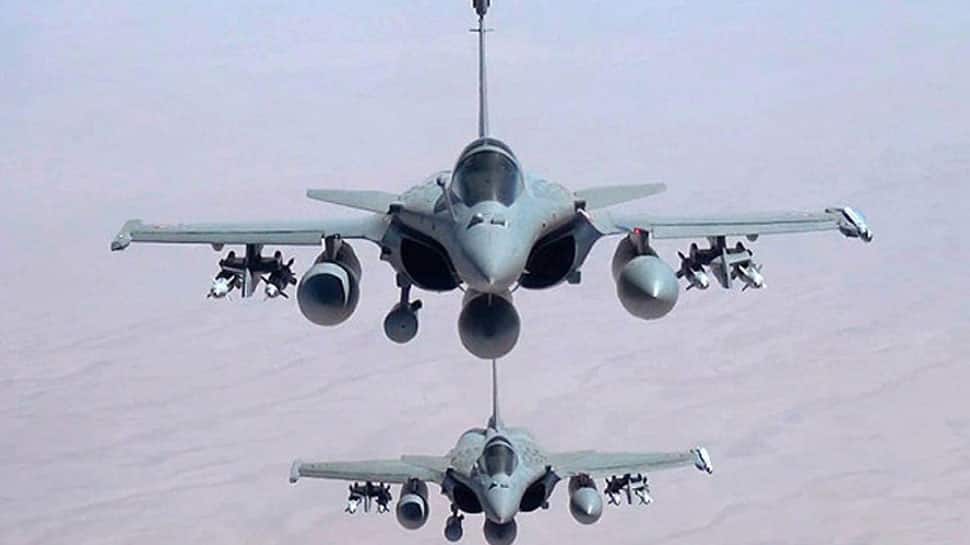 New Delhi: A day after Supreme Court dismissed review petitions challenging its verdict in the Rafale case on December 14, 2018, BJP on Friday staged a protest outside the AICC office demanding Rahul Gandhi's apology to Prime Minister Narendra Modi for his "baseless allegations", while Congress leader Prithviraj Chavan in Mumbai demanded registration of FIR in the case.

The BJP leaders today (November 15) staged a protest outside the AICC office in Delhi under the leadership Manoj Tiwari, BJP Delhi chief.

Tiwari told reporters "The country has got a Prime Minister like Narendra Modi who has tackled all problems being faced by the country. Rahul Gandhi should apologise to the Prime Minister on the Rafale issue. Rahul Gandhi has shamed the entire nation through his baseless allegations on the prime minister."

On Thursday, Congress leader Rahul Gandhi reiterated Congress' demand of an investigation by a Joint Parliamentary Committee (JPC) into the Rafale fighter jet deal with France, and tweeted "Justice Joseph of the Supreme Court has opened a huge door into an investigation of the Rafale scam. An investigation must now begin in full earnest."

Rahul, who made Rafale deal an issue in the 2019 Lok Sabha elections, also put out a copy of Justice Joseph`s order in the case, which said an FIR must be registered on the petitioners` complaint to "disclose cognizable offences" in the deal.

Meanwhile, Congress leader and former Maharashtra Chief Minister Prithviraj Chavan in Mumbai today demanded registration of FIR over the Rafale controversy. He said that Justice KM Joseph`s concurrent but separate judgment in the Supreme Court verdict has "opened a new door" for an investigation into the Rafale deal.

According to Chavan, Justice Joseph has directed that it was neither appropriate nor within the experience of the court to step into the investigative arena on the Rafale deal and the CBI was equipped to undertake investigations.

He said some amendments were made to the Prevention of Corruption Act last year according to which if a probe agency is carrying out an inquiry against a public servant, it has to take prior permission, adding "We demand that an FIR should be registered in this case and a process of seeking permission from the public servants who need to be inquired should begin."

Chavan also called for a joint parliamentary committee probe into the Rafale controversy.

Notably, the Supreme Court on Thursday dismissed the review petitions challenging its verdict in the Rafale case on December 14, 2018. A three-judge bench presided by Chief Justice Ranjan Gogoi and comprising Justice Sanjay Kishan Kaul and Justice Joseph had passed the order on a batch of petitions seeking review of its December 14, 2018 verdict which had upheld the purchase of 36 Rafale jets by the Prime Minister Narendra Modi-led government from France.

Meanwhile, the apex court also accepted Congress leader Rahul Gandhi`s apology for bringing in the court ruling in relation to his "chowkidar chor hai" remark in the Rafale case, and said that a person holding a place of importance in political spectrum should have been more careful.

The Congress, however, has said that verdict makes it clear that the Supreme Court has limited jurisdiction to go into the technical questions of price, contractual details and technical specifications of the Rafale deal. It said the SC has also made it clear "that an independent agency specifically the CBI was fully equipped to undertake all forms of investigation without any restrictions".