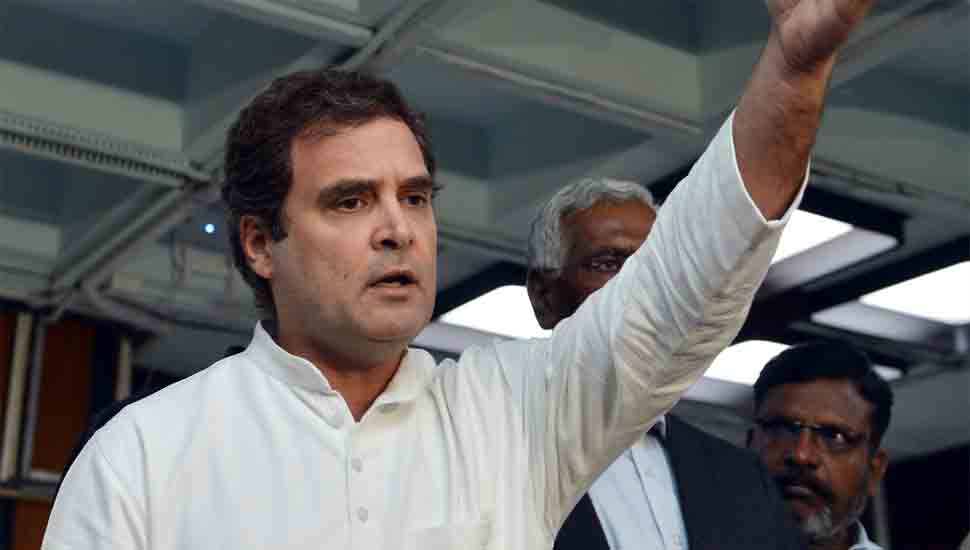 New Delhi: Congress leader Rahul Gandhi on Tuesday (January 28) accused the Narendra Modi government of tarnishing India's image as a country where peace prevailed and urged the youth not to let their voice be suppressed. The former Congress president held the BJP government responsible for creating an image for the country that deterred investors.

Rahul, targetting the youth in the rally, said that the Modi government failed to deliver on its promise to create jobs. "PM Modi had promised to create two crore jobs but one crore people lost theirs last year," he said at the rally. Training his gun on the ruling government at the Centre, Rahul that "its shameful that the economic growth has dropped since UPA was in power. Modi could not understand the Goods and Service Tax."

Slamming Modi government Rahul said, ''Wherever Prime Minister goes he talks of CAA, NRC but the biggest issue of unemployment is not mentioned, PM doesn`t even speak a word on it."He also invoked the issue of demonetisation in his address.''

"Even today ask an eight-year-old, did demonetisation benefit you or harm you? A child will say harm. Earlier we were competing with China but now sadly, China has left us far behind. The whole world knows if there is anyone who can rival China, it is India`s youth", added Gandhi.

He urged the youth to raise issues related to the country's future saying, "Youth are India's biggest asset, country today is wasting this asset."