The former Congress party president said that the labourers have been rendered vulnerable without their daily wages or access to nutrition and basic services. 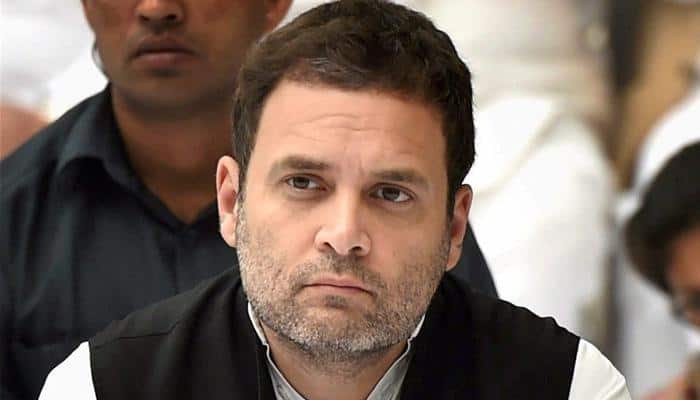 New Delhi: Congress leader Rahul Gandhi on Sunday said the sudden lockdown announced by the Central government to combat coronavirus has created immense "panic" and "confusion" among citizens in the country.

In a letter to Prime Minister Narendra Modi, he highlighted the plight of the poor and called for steps other than total lockdown which has been announced by other developed nations too in a bid to tackle the COVID-19 pandemic.

"It is critical for us to understand that India's conditions are unique. We will be required to take different steps than other large countries who are following a total lockdown strategy," he said.

Gandhi said the number of poor people in India who are dependent on a daily income is too large to unilaterally shut down all economic activities in the wake of the pandemic.

"The consequences of a complete economic shut down will disastrously amplify the death toll arising from COVID-19," he feared.

"The sudden lockdown has created immense panic and confusion," he said, adding "factories, small industries and construction sites have closed, and tens of thousands of migrant labourers are undertaking arduous journey to reach their home states".

The Gandhi scion said the labourers have been rendered vulnerable without their daily wages or access to nutrition and basic services.

"It is important that we help such sections find shelter and provide them with money directly into their bank accounts to help them tide over the next few months," he said.

The Congress leader added that a complete lockdown will almost certainly lead to millions of unemployed youths rushing to their villages, thus increasing the risk of infecting their parents and the elderly population living in villages.

"This will result in a catastrophic loss of life," he noted.

Gandhi called for a nuanced approach that takes the complex realities of our people into consideration.

"Our priority must be to protect and isolate the elderly and vulnerable from the virus, and to clearly and strongly communicate to the young the dangers of proximity to older people,? he said.

With fresh deaths reported in six states, the death toll from COVID-19 climbed to 25 in the country and the total number of cases to 979 on Sunday, according to the Union Health Ministry.