Raj Thackeray has also said he has no plans of taking the legal route on ballot boxes as he has 'no faith in High Courts and Supreme Court.' 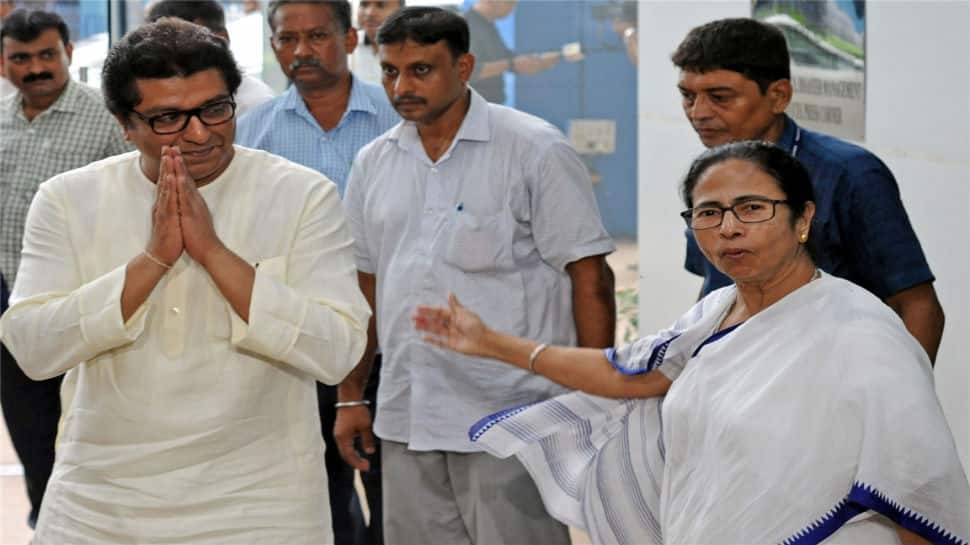 Thackeray, on a two-day visit to Kolkata, met Mamata on the second day at the Bengal state secretariat - Nabanna, and their meeting lasted for around half an hour.

Thackeray called for the return of ballot boxes in elections. "We discussed electoral reforms in the meeting. We want the elections to be conducted in ballot boxes. When most countries have done away with the EVMs, we are still using it. Questions are being raised on the credibility of EVMs," said Thackeray.

He added, "We want the Maharashtra Assembly election to be conducted through the ballot boxes instead of the EVMs." Asked whether he will move the court demanding ballot boxes, he said, "I have no faith in the High Court and Supreme Court."

The MNS chief stated that he came to Kolkata to also invite the Mamata for a 'Save Democracy' programme to be held in Maharashtra on August 21. "I came here to invite her. We want her to attend the program. We want other regional parties to also join us in our demand for ballot boxes," he added.

Mamata however said that she was yet to confirm whether she will be able to attend the program or not considering her prior commitments.

"We had fruitful discussions over our demand for ballot boxes. Earlier, Thackeray has met the UPA chairperson Sonia Gandhi in Delhi and he has discussed it with the senior leaders of Congress as well. We had also demanded elections to be conducted in ballot boxes. Ahead of the Lok Sabha elections, we had approached the Election Commission of India (ECI) and Supreme Court raising similar demands. But, our plea was rejected. Elections through ballot boxes will be free and fair," she said.