The mining of pink stone used for the construction of Ram temple in Ayodhya has been banned.  The mining department of Rajasthan, the Bharatpur district administration and the police issued the mining ban at Banshi Paharpur. 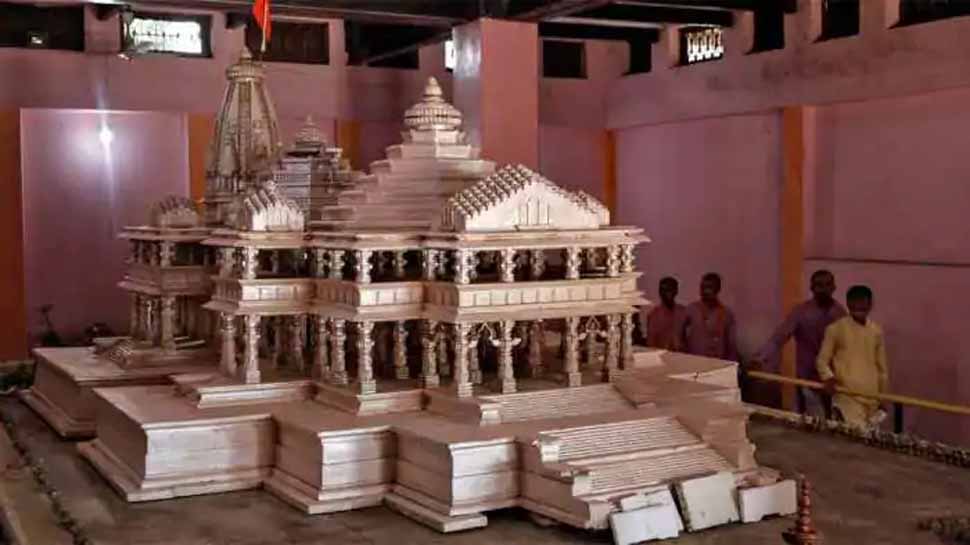 New Delhi: In a surprising development, the mining of pink stone used for the construction of Ram temple in Ayodhya has been banned by Rajasthan government.  The mining department of Rajasthan, the Bharatpur district administration and the police issued the mining ban at Banshi Paharpur.

District Collector Nathmal Didel said that action was taken after getting information about the illegal mining taking place at Banshi Paharpur. The administration has declared the mining as illegal because no lease was officially allotted for the purpose. As per a recent direction issued by Divisional Commissioner Premchand Berwal to stop illegal mining the action has been undertaken.

The administration seized about two and a half dozen trucks loaded with these pink stones. Though there is no information about where these trucks were carrying the stones. Action will be taken against the miners.

The ban imposed on the mining of the stones, which are extracted from the mines of Banshi Paharpur in Bharatpur district of Rajasthan, may cause some hurdles in the construction of the Ram temple in Ayodhya.

It may be recalled that the groundbreaking ceremony for the construction of the Ram temple in Ayodhya took place on August 5 with Prime Minister Narendra Modi performing the 'bhoomi pujan'' of the temple.

In February 2020, PM Modi had announced the constitution of Shri Ram Janmbhoomi Teerth Kshetra, to oversee the construction of Ram temple in Ayodhya.

The Shri Ram Janmbhoomi Teerth Kshetra had on August 29 submitted the layout of the Ram temple in Ayodhya, and other documents related to it, to ADA for approval. The Trust on August 20 had said that the construction of Shri Ram Janmbhoomi Mandir has "begun" and the engineers are now testing the soil at the site.

It is learnt that when the fraudster tried to withdraw money for the third time then  Shri Ram Janmabhoomi Teerth Kshetra General Secretary Champat Rai was informed about the withdrawal by phone.

An FIR has been registered at Ayodhya police station against unknown fraudster in connection with this case.