The government should bring an ordinance to "rectify" the Supreme Court's recent decision on reservations in jobs for SC-ST communities and all such issues should be included in the Ninth Schedule of the Constitution to insulate them from judicial review, Union minister Ram Vilas Paswan said on Friday. 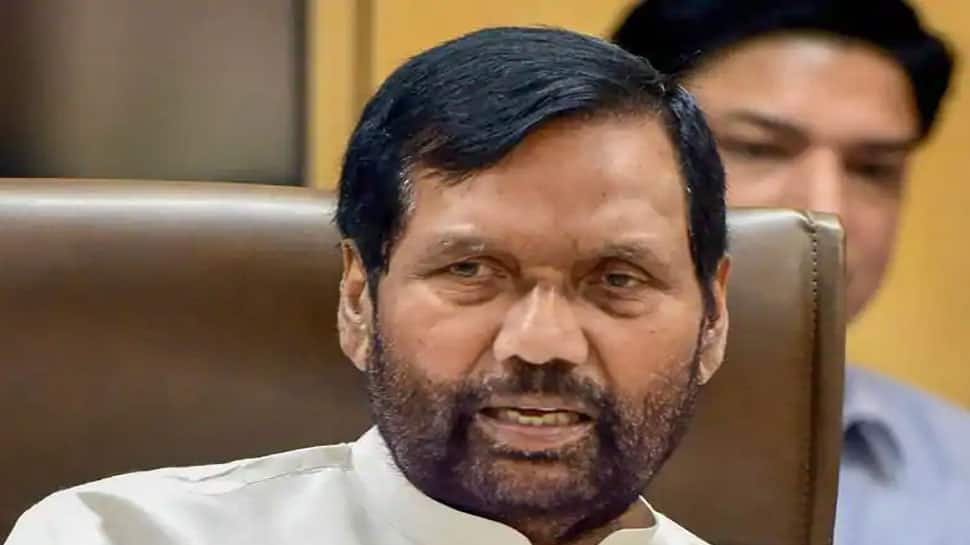 New Delhi: The government should bring an ordinance to "rectify" the Supreme Court's recent decision on reservations in jobs for SC-ST communities and all such issues should be included in the Ninth Schedule of the Constitution to insulate them from judicial review, Union minister Ram Vilas Paswan said on Friday.

He said the government was also mulling filing a review against the Supreme Court decision and was taking legal opinion on it. "The review petition is there, but the matter will again go to court, it has to be looked at whether it will be successful or not. So, in my opinion, the easiest way is to issue an ordinance and make an amendment in the Constitution," Paswan told PTI in an interview.

The Lok Janshakti Party leader's remarks come amidst a political storm after the apex court recently ruled that the states are not bound to provide reservation for Scheduled Castes (SCs) and Scheduled Tribes (STs) in appointments and there is no fundamental right to claim quota in promotions.

"The Supreme Court saying that it is up to the state government for giving reservation in jobs and it is not a fundamental right...This is all part of the Constitution, and the people have this objection that the verdict is against the interests of the SCs and STs," Paswan said.

To "rectify" the Supreme Court verdict, an ordinance should be brought and the Constitution should be amended, the Consumer Affairs, Food and Public Distribution minister said.

An ordinance can be brought when Parliament is not in session. However, if the government still wants to bring one during a break in an ongoing session, one of the two Houses is adjourned sine die (indefinitely), and once the ordinance is signed by the President, the House that was adjourned for the purpose is reconvened, a senior government official said. There have been precedents.

The ordinance has a shelf life of six months. Once a session begins it has to be converted into a law within six weeks, or else it lapses.

"Then going to the court will be done away with because what is happening is that state legislatures and Parliament are passing laws (on SC/ST rights), but they get stuck in legal wrangles," Paswan said.

Paswan said that about 70 Dalit and tribal MPs, including Union ministers, had met earlier this week at his residence and have put forward two main demands before the government -- an ordinance be passed and then Constitutional amendment made to nullify the Supreme Court verdict on reservation in jobs and also have an Indian Judicial Service to ensure representation of SCs, STs and OBCs in the higher judiciary.

The LJP leader also hit out at Congress leader Rahul Gandhi for politicising the issue. Gandhi had said that a "big controversy" was underway to erase reservations.

Asserting that the government was committed to protect the rights of SC/STs, Paswan listed the Centre's steps such as nullifying the dilution of the SC/ST (Prevention of Atrocities) Act and designating places connected with B R Ambedkar as memorials, to state that the rights of the backward classes were a priority.

"Rahul Gandhi should tell people that why in Parliament's Central Hall there were so many portraits of people from one family, but Ambedkar's picture was not put up till the VP Singh government came to power," Paswan said.

"In the polls that were held recently in Delhi, the Congress lost on all seats and its candidates lost their deposits on nearly all seats. So the message is clear that SC/STs, minorities, nobody voted for them," he said.

The Parliament is on the same page on reservation and no government can ever raise questions on the quota issue, he asserted.

A huge row broke out both inside and outside Parliament on Monday over the Supreme Court ruling on reservation in jobs for the SC/STs with Congress leader Gandhi alleging that it was "in the DNA of the BJP and the RSS" to try and erase the quota system, while the government said "appropriate steps" will be taken in the matter that was being discussed at the "highest level".

Under attack over the issue, the government accused the Congress of "politicising the sensitive issue".

Amidst the opposition attack, Social Justice and Empowerment Minister Thaawarchand Gehlot during his statement in both the Houses of Parliament had made it clear that the Centre was not asked to file an affidavit in the matter.