Last month, the Centre had transferred the probe in the case from the Pune Police to the NIA, a decision which was then criticised by the Shiv Sena-NCP-Congress government in Maharashtra. 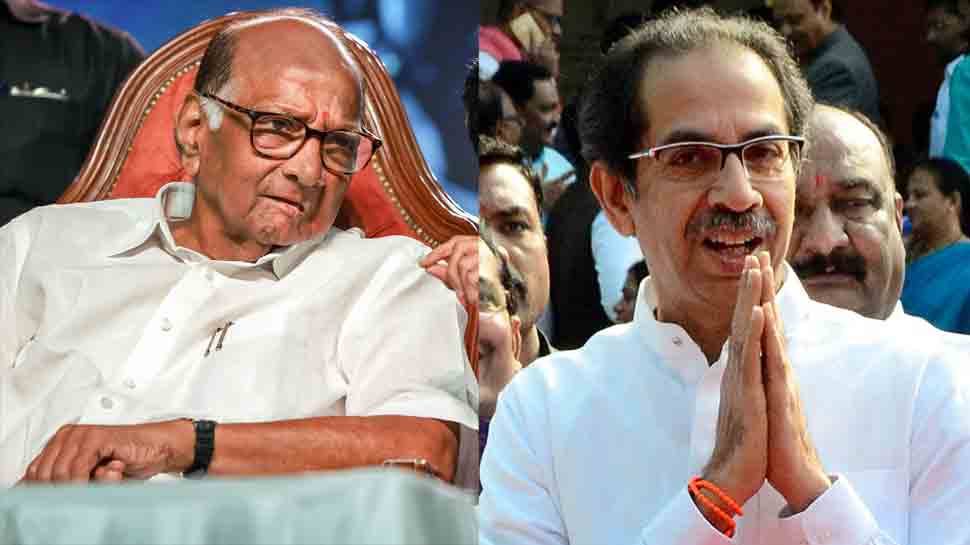 New Delhi: A crack seems to have erupted in the Maha Vikas Agadi (MVA) coalition in Maharashtra over the transfer of Bhima Koregaon case to the National Investigation Agency (NIA) with NCP supremo Sharad Pawar criticising the stand of Uddhav Thackeray-led state government on the issue. Expressing his disappointment on the issue, Pawar said, "Maharashtra government's decision of handing over the Bhima Koregaon case to NIA isn't right."

Last month, the Centre had transferred the probe in the case from the Pune Police to the NIA, a decision which was then criticised by the Shiv Sena-NCP-Congress government in Maharashtra. However, on February 13, Additional Chief Secretary (Home) Sanjay Kumar announced "that the state Home department has no objection to the case being entrusted to the NIA"

Last week, Chief Minister Uddhav Thackeray criticised the Centre's decision, saying the Union government has all rights to step into the probe, but it should have taken the state government into confidence before handing over the investigation to NIA. He said the case was handed over to NIA when NCP chief Sharad Pawar was demanding a probe into it by a Special Investigation Team (SIT).

The NIA last week filed an application before a sessions court in Pune, seeking transfer of case papers, seized data, court records and proceedings to the special NIA court in Mumbai. However, the prosecution then opposed NIA's application, saying the reasons given by the central probe agency in its plea were not legal and sufficient to transfer the case to a special NIA court.

Violence had taken place near the Koregaon Bhima memorial during the bicentennial celebration of an 1818 battle where the East India Company's forces, which included sepoys of Mahar caste, a Dalit community, defeated the army of the Brahmin Peshwa ruler of Pune.

Dalits commemorate the victory as a symbol of the defeat of the old Brahmanical order. Pune Police had claimed that inflammatory statements made a day earlier at Elgar Parishad conclave in Pune on December 31, 2017, allegedly backed by Maoists, led to the violence. During the probe, the police arrested Left-leaning activists Sudhir Dhawale, Rona Wilson, Surendra Gadling, Mahesh Raut, Shoma Sen, Arun Ferreira, Vernon Gonsalves, Sudha Bharadwaj and Varavara Rao for alleged Maoist links.