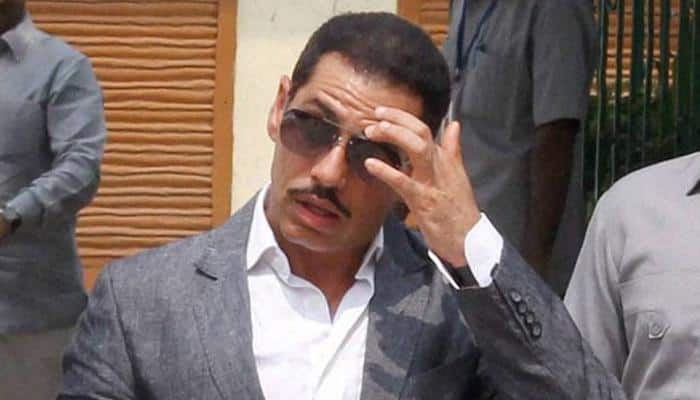 Robert Vadra is the son-in-law of Congress President Sonia Gandhi
Share:
Written By:

Vadra is the son-in-law of Congress President Sonia Gandhi.

"The matter is a complicated one and spread over several years. We have conducted our investigations and even arrested several persons but have come to the conclusion that the case needs to be further investigated by the CBI," Kataria told DNA.

Vadra's firms were allegedly involved in the purchase and sale of 275 bighas of land in Rajasthan's Bikaner and there are four FIRs against them.

"The lands in question were sold and resold by the owners since 2010. We feel that this large-level scam of usurping land, given as compensation to those whose land was acquired for Mahajan Firing Range, involves many more people. Involvement of government officials cannot be ruled out as the land was registered under fake names and identities. This necessitates a CBI inquiry," said Kataria.

Vadra's company was allegedly the third party to purchase 275 bigha land in 2010 and later sold pieces of land to fourth party in 2012. The land was initially given as compensation to those displaced by the Mahajan Firing Range. Actual beneficiaries never got the land. It was, instead, allotted to false persons. The land was subsequently sold to solar power companies.

The matter was raised in the state assembly in 2014 and subsequently a total of 18 FIRs had been registered for the 1,400 bighas of land. Out of these, four FIRs for 375 bighas were against Robert Vadra's companies.

The Bharatiya Janata Party (BJP), who included the Vadra land deals in 2013 election campaigning, has the move.