His wife and Congress party leader Priyanka Gandhi came to the ED office in Jamnagar House in central Delhi to pick him in her SUV. 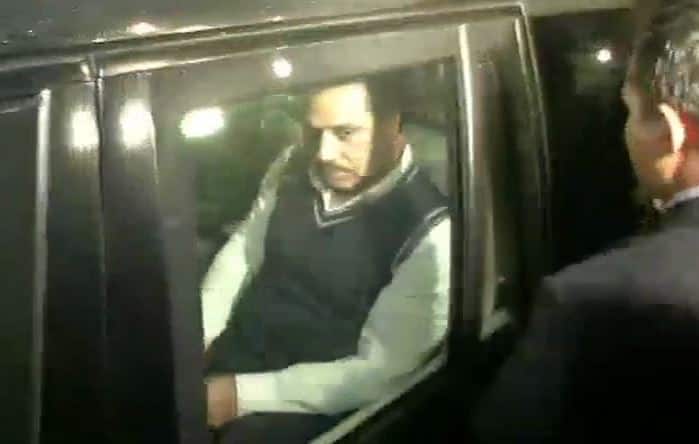 NEW DELHI: Robert Vadra, Congress chief Rahul Gandhi's brother-in-law, was questioned by Enforcement Directorate for nine hours on Thursday, the second consecutive day of his deposition in connection with a probe into allegations he laundered money to purchase illegal foreign assets.

His wife and Congress party leader Priyanka Gandhi came to the ED office in Jamnagar House in central Delhi to pick him in her SUV. Vadra is expected to be questioned again on Saturday.

Official sources said Vadra was required to rejoin the probe on Thursday as he needed to answer more questions on allegedly acquiring immovable assets in the United Kingdom.

It is understood that he was "confronted with" documents that the agency has obtained or seized as part of its probe in the case, including those linked to absconding defence dealer Sanjay Bhandari.

Vadra has also shared documents with the investigating officer of the case and has assured some more will be provided as and when he gets them, official sources said.

He was grilled for five-and-a half hours for the first time in the case on Wednesday. His lawyer said Wednesday night that Vadra had replied to every question put to him.

On Thursday, Vadra arrived at the ED office in an SUV at about 11.25 am, about an hour after his team of lawyers reached there.

The ED case against Vadra relates to allegations of money laundering in the purchase of a London-based property located at 12, Bryanston Square worth 1.9 million GBP (British pounds), which is allegedly owned by him.

The agency has told a Delhi court that it has received information about various new properties in London which belong to Vadra. These include two houses, one worth 5 million GBP and the other valued at 4 million GBP, six other flats and more properties.

Vadra has denied the allegations of possessing illegal foreign assets and termed them a political witch hunt against him. He said he was being "hounded and harassed" to subserve political ends.

Vadra's lawyer K T S Tulsi told reporters outside the ED office Thursday his client has not committed any wrongdoing.