The Prime Minister said the opposition should not create hurdles in opportunities for the youth. 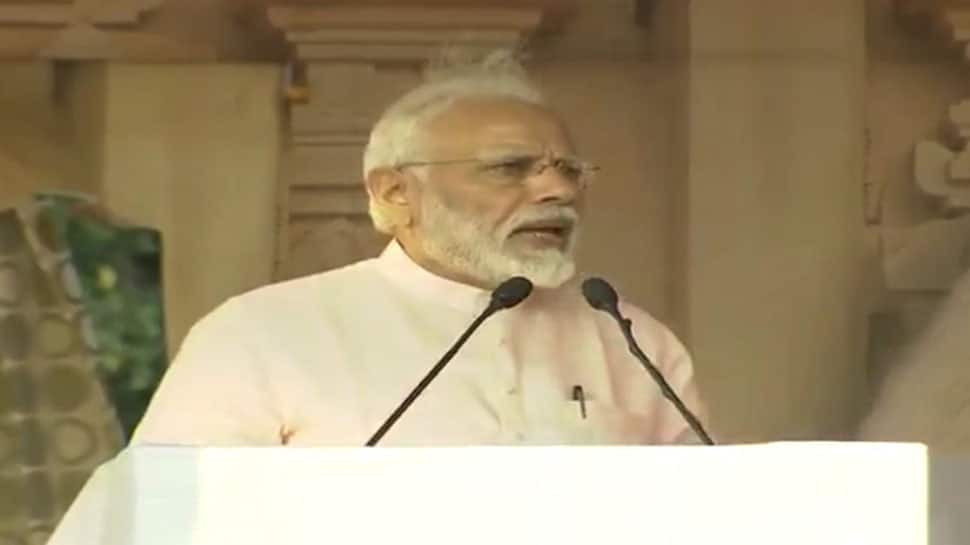 Prime Minister Narendra Modi Sunday lashed out at the CPI(M)-led government in Kerala and said the Sabarimala issue had shown to the people of the country how the communist government was trying to disrespect the culture of the state. He said the opposition parties could abuse him as much as they wanted but should not mislead farmers.

The Prime Minister said the opposition should not create hurdles in opportunities for the youth.

"Sabarimala got the attention of the entire nation. The people of India have seen how the communist government was trying to disrespect the culture of Kerala. Why is the government undermining the culture of the state? Unfortunately, the cultural ethos of Kerala is under attack. It's been done by a party which is governing the state," PM Modi told a huge gathering at a Yuva Morcha meet in Thrissur.

He slammed the Congress party and the CPI(M) alleging that neither have any concern for women empowerment. PM Modi said, "Let me tell you, neither the Congress nor Communists have any concern for women empowerment. If they did, they would not be opposing NDA's efforts to end Triple Talaq. India has had many women CM, but has even one of them been a Communist leader?"

PM Modi asserted, "It is an honour that our Government had the opportunity of conferring a Padma Award on Nambi Narayanan. We value each and every person who is working to make India stronger. For them, science can be abused as spying;f or us, Science is a matter of national pride. More than two decades ago, a hardworking and patriotic ISRO scientist, Nambi Narayanan was implicated in a false case, just because a few UDF leaders were settling political scores. Imagine, for their own politics, they damaged national interest, troubled a scientist."

He also termed as the 'biggest joke,' the Congress and Left parties talking about democracy.