The Supreme Court (SC) on Friday slammed the Aam Aadmi Party (AAP) government over its proposal of providing free Metro services to women and questioned its financial implications. 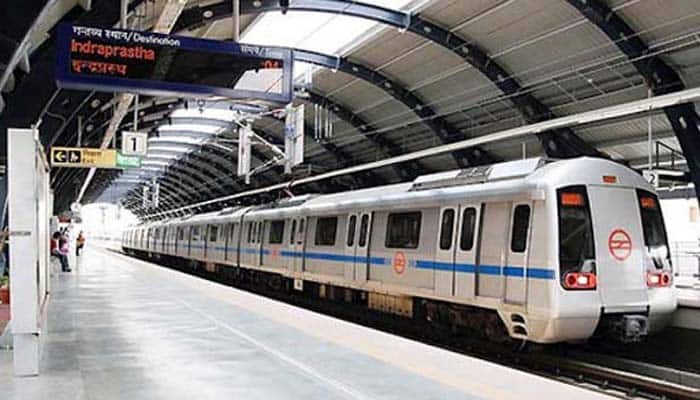 New Delhi: The Supreme Court (SC) on Friday slammed the Aam Aadmi Party (AAP) government over its proposal of providing free Metro services to women and questioned its financial implications.

Asserting that the state government should be careful while spending the common man's money, the apex court pointed out that such free services schemes could result in huge losses for Delhi Metro Rail Corporation (DMRC).

The Supreme Court made the observation while hearing a plea filed by petitioner MC Mehta who has opposed the Delhi government's move.

This comes after Delhi Chief Minister Arvind Kejriwal on June 3 announced its plan to make Delhi metro rides free for women in an aim to ensure their safety. "On all DTC buses, cluster buses and metro trains women will be allowed to travel free of cost so that they have a safe travel experience and can access modes of transport which they were not able to, due to high prices," CM Kejriwal had said while addressing a press conference in the national capital.

Kejriwal had said that the plan will be brought into action in the next two-three months. He had added that the Delhi government will bear the expenditure of the subsidy being given to women and lashed out at the Central government for not cooperating.

Critics including the Bharatiya Janata Party (BJP), had slammed such a move and said that it was only due to Assembly election in Delhi in 2020. The cost-effectiveness of it was also questioned while many women said that they were not in need of any preferential treatment.

On July 27, Centre rejected Delhi government's proposal to make commuting in the city's Metro free for women and asked it to look at alternate ways to ensure women's safety and access to the transport network.

Metro has been one of the major points of friction between the AAP and the BJP. The issue of hiking ticket prices has been a massive bone of contention between the two while the Centre on Wednesday had asked Delhi government to reconsider its decision not to start work on Phase 4. The AAP government reportedly wants HUA ministry to revise its approval in tune with its own dispensation's proposal - a demand the Centre is not ready to accept.

Meanwhile, the SC on Friday in a relief to the Delhi government directed the Centre to allocate Rs 600 crore to procure land for Phase-4 of the Delhi Metro.