As many as 12 students, including the university's students' union chief, were booked under sedition charges after a complaint of alleged assault was filed by an ABVP member. Following this a "boycott class" call was given. 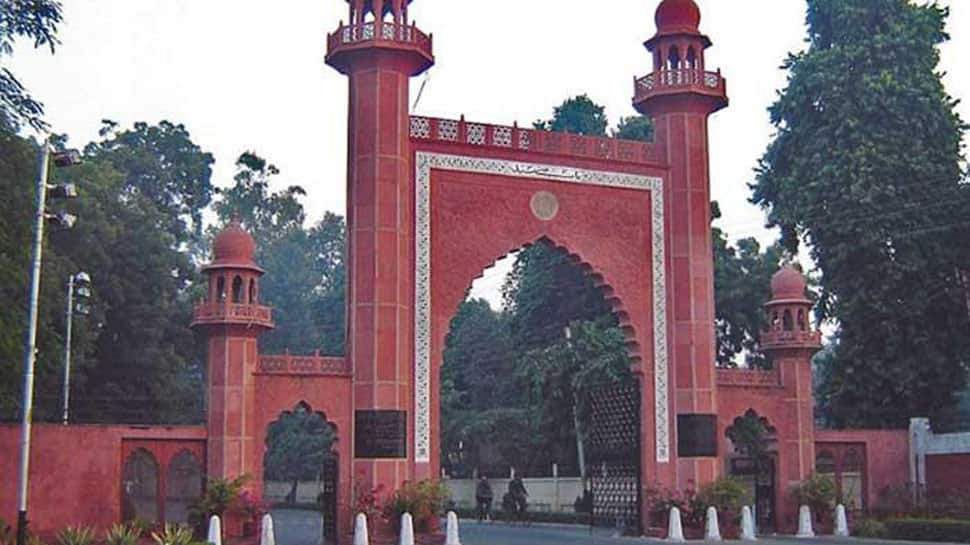 Aligarh: Security was beefed up at the Aligarh Muslim University (AMU) after some students and a TV channel crew got into an altercation over reports of a visit by AIMIM lawmaker Asaduddin Owaisi, police said on Wednesday.

As many as 12 students, including the university's students' union chief, were booked under sedition charges after a complaint of alleged assault was filed by an ABVP member. Following this a "boycott class" call was given.

The main approach road leading to the university campus at IG Khan crossing was closed by the police as a precautionary measure.

Official sources said internet services will be off in city as a precautionary measure.

Rapid Action Force was also deployed around the campus amid other protests, including one in which a motorcycle belonging to a ABVP member was set on fire, a senior police officer said.

It was not immediately clear if this incident was also related to Owaisi's visit.

ABVP activists staged a protest near the Faiz Gate of the university after some media reports claimed the AIMIM leader was invited to address a function organised by the AMU Students' Union Tuesday.

They demanded that he be banned from entering the campus. Owaisi, however, did not turn up.

An AMU spokesman said a TV channel team, which had come to cover the anticipated event, had an altercation with some students while they were filming inside the campus.

The spokesman said the channel had not sought permission from authorities for live coverage and when university staff pointed this out, there was a heated exchange in which some students were also involved.

Media persons claimed they were roughed up by some students while they were filming on the campus and their camera was smashed.

Complaints were lodged at the Civil Lines Police Station, by both the AMU authorities and the TV channel crew.

A complaint was also filed by some Akhil Bharatiya Vidhyarthi Parishad (ABVP) members, who alleged that they were beaten up near the Faiz Gate and a motorcycle, belonging to one of them, was set on fire.

Senior Superintendent of Police Akash Kulhari told PTI that a number of complaints were given by different groups at the Civil Lines police station and the police were still in the process of filing these reports.

Meanwhile, a large group of students of the university gathered at Bab-e-Syed Gate, demanding the suspension of Ajay Singh, a prominent ABVP leader who is a postgraduate student in the Faculty of Law. He is the grandson of BJP MLA Dalvir Singh.

Late last night, cases under sections 124-A (sedition), section 307 (attempt to murder) and eight other sections of the IPC have been registered against 12 students, including the president of students' union Salman Imtiaz and vice president Union Huzaifa Aamir on the complaint of ABVP activist Mukesh Lodhi.

He alleged that while he was driving across the AMU circle, these students surrounded him and launched a "murderous assault" and raised pro-Pakistan slogans.

He said these reports were being examined and FIR will be filed "after due investigation".
AMU has issued an advisory to students, asking them "not to move out of campus as a precautionary measure".