The water level in the Yamuna river has crossed the danger mark. 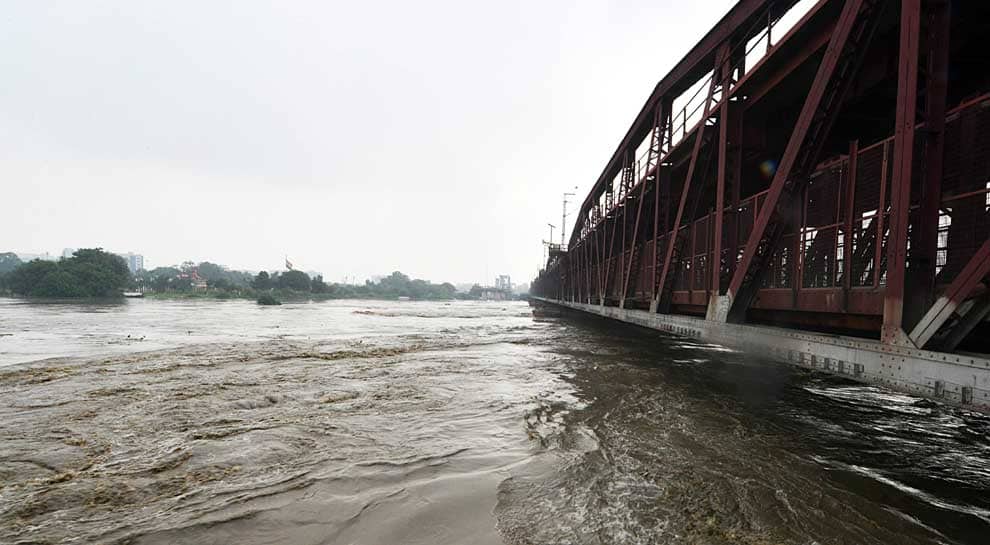 ''As a result of the situation, following trains have been diverted: 18101 Tatanagar-Jammu Tawi Muri Express and 15483 Alipurduar-Delhi Sikkim Mahananda Express trains journey commencing on 19.08.2019 will be diverted to run via Sahibabad-New Delhi-Delhi Jn.

The Yamuna river was flowing at 206.04 metres at 9 PM on Tuesday, more than a metre above the danger mark of 204.83 metres, a railway official had said on Tuesday.

He said that the trains will now be diverted from New Delhi railway station as the water level is expected to rise further.

Old Yamuna Bridge is a road-cum-rail bridge on the Delhi-Howrah line that was built over 150 years ago. It serves as a major connectivity link between Delhi and the neighbouring states.

Heavy rain coupled with the release of excess water from the Hathnikund barrage in Haryana had led to swelling of the Yamuna and forced the Delhi government to evacuate over 14,000 people from low-lying areas along the river in the national capital.