e was arrested for allegedly opening fire at a witness of a sensational murder. 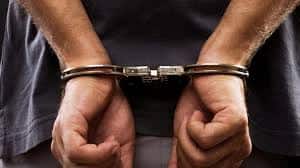 New Delhi: A sharpshooter wanted in more than 11 criminal cases was arrested by the Delhi Police in connection with an attempt to murder case, a police official said Friday.

Arvind Kumar, 32, was arrested on April 29 from Vellore in Tamil Nadu, he said.

Kumar, who was carrying a reward of Rs 50,000, was a sharpshooter of the Anil Dujana-Randeep Bhati gang, the official said.

He was arrested for allegedly opening fire at a witness of a sensational murder, the police official said, adding that a case in the matter was registered at the New Ashok Nagar police station.

Kumar along with his two associates had allegedly opened fire at Sandeep Nagar on July 30 last year in East Delhi and the victim had received bullet injuries to his abdomen, police said.

The motive of the accused was to deter Nagar from deposing against members of their gang in a murder case, they said.

Police said Chaman Bhati was shot dead in Uttar Pradesh's Gautam Budh Nagar in 2013 by the members of the gang and Nagar, who was the nephew of the deceased, was an eyewitness in the murder case.

When a team of police officials rushed to Vellore to arrest Kumar, he tried to escape but was eventually overpowered by the policemen.

Kumar has more than 11 criminal cases registered against him in police stations of Delhi and UP, police added.