Smriti Irani hits out at Ashok Gehlot govt, asks 'who should be held responsible for Kota infant deaths'

At least 104 babies have died within a month at the state-run JK Lon Hospital in Kota, triggering questions about negligence by the hospital staff. 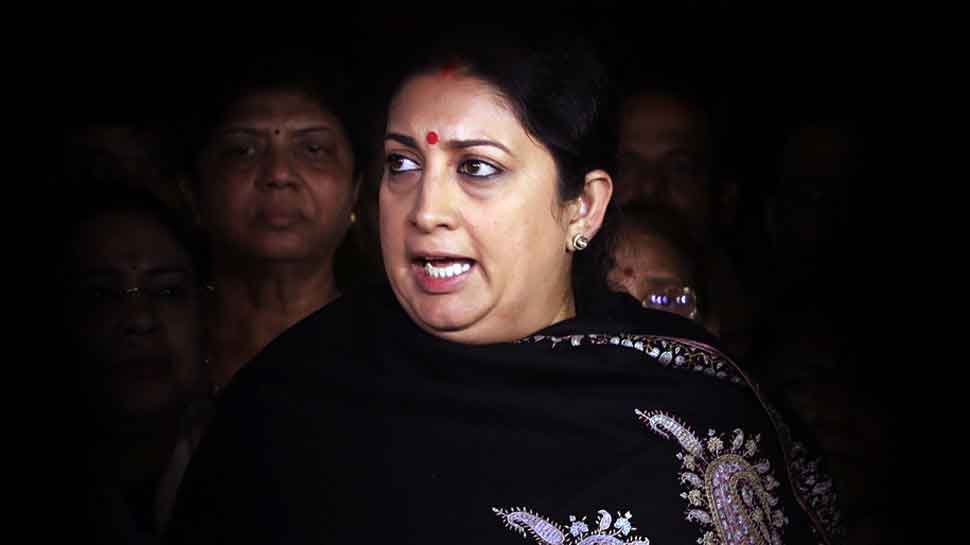 New Delhi: Union Minister Smriti Irani on Friday (January 03) targetted Rajasthan Chief Minister Ashok Gehlot over the rising number of infant deaths at JK Lon Hospital in Rajasthan's Kota and questioned why no attention was paid by the state government on time.

"It (Kota infant deaths) hints at the fact that even after continuous deaths of children, no attention was paid by the Rajasthan govt towards it. The govt needs to answer whom would they penalise for this?," news agency ANI quoted Smriti Irani over it.

Following the infants' death at the hospital, Ashok Gehlot-led Congress government came under the target by the BJP and other opposition parties in the state.

Reacting to the controversy, CM Gehlot said that the state government is still working towards reducing the Infant Mortality Ratio (IMR) and the Maternal Mortality Ratio (MMR). He also said that he has invited Union Health Minister Dr Harsh Vardhan to come and inspect the situation by visiting Kota personally so that he can see the facilities in the hospital.

"Harsh Vardhan Ji is himself a doctor. If he visits the hospital in Kota, it will also clarify the situation for the people, who are giving reaction mischievously, knowingly, unknowingly and also innocently," he wrote on Twitter.

Earlier, a three-member state government committee of doctors was sent to investigate the matter on December 23 and 24. After examining the situation at the hospital, the Rajasthan government committee found that Kota`s JK Lone Hospital is short of beds and it requires improvement.However, the committee gave a clean chit to the doctors for any lapses over the recent death of infants admitted there.

Maharashtra notched around 3,500 farmers' suicides in 2019