Her statement comes amid rising tensions between India and Pakistan after the Pulwama terror attack where 40 CRPF personnel were killed. 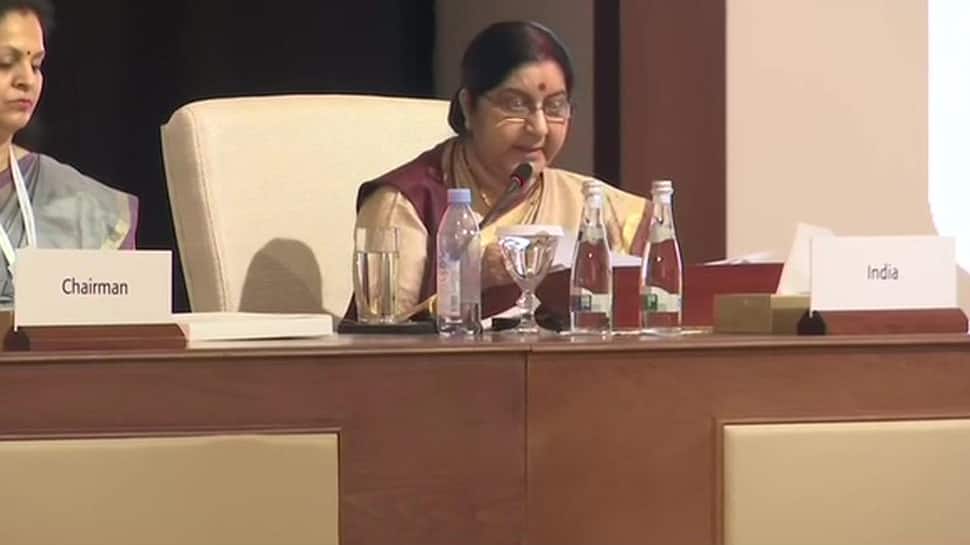 External Affairs Minister Sushma Swaraj on Friday laid focus on the rise of terrorism during her address at the inaugural plenary of the two-day meeting of the foreign ministers' meeting of the Organisation of Islamic Cooperation (OIC) states. "Terrorism and extremism bear different names and labels. It uses diverse causes. But in each case, it is driven by distortion of religion, and a misguided belief in its power to succeed," she said. Sushma Swaraj is the 'Guest of Honour' at the meeting.

Her statement comes amid rising tensions between India and Pakistan after the Pulwama terror attack where 40 CRPF personnel were killed.

"The fight against terrorism is not a confrontation against any religion. It cannot be. Just as Islam literally means peace, none of the 99 names of Allah mean violence. Similarly, every religion in the world stands for peace, compassion and brotherhood," she said.

Qureshi had on Friday said: "I wrote to the OIC to take back the invitation to India and told them that if they won't be able to do this, I won't be able to participate. I have decided that I won't be going to OIC. We have 19 resolutions there which also includes Kashmir issue, therefore our lower level officials will be present to defend Pakistan's resolution. In short, if someone tries to give India an observer status we can oppose it."

Pakistan had tried to get Swaraj 'disinvited' from the OIC meet following India's air strike on the terror camp in Pakistan. The OIC has usually been supportive of Pakistan and often sided with Islamabad on the Kashmir issue. However, it has not conceded to Pakistan's reported demands this time. In 1969, the OIC had disinvited India from its conference in 1969 in Morocco at Pakistan's behest.