Non-bailable cases were filed against TDP MP Jayadev Galla, who was produced before Mangalagiri Magistrate post-midnight and was remanded to custody till January 31. 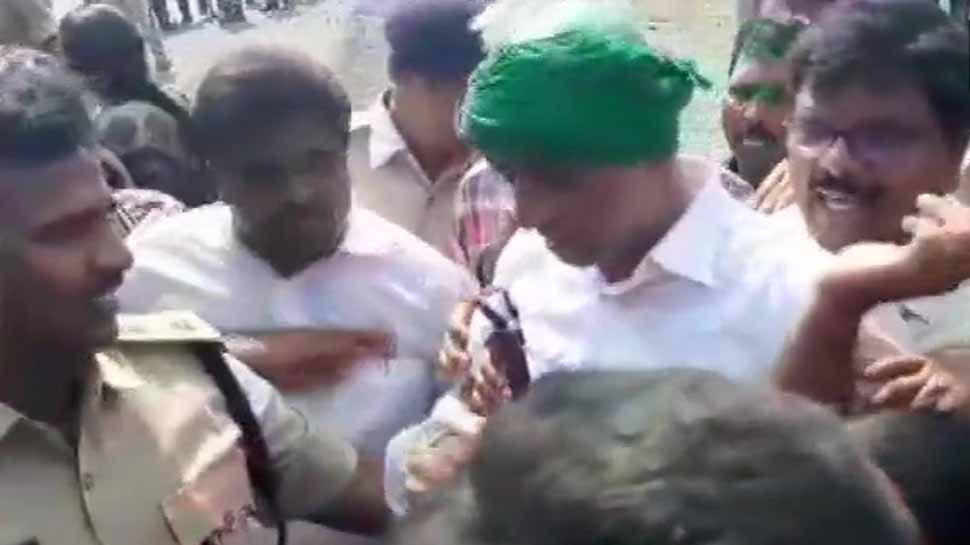 Telugu Desam Party (TDP) MP Jayadev Galla was arrested on Monday (January 20) for participating in a protest rally held by farmers in Andhra Pradesh against Cabinet decision to set up three state capitals.

Non-bailable cases were filed against Galla, who was produced before Mangalagiri Magistrate post-midnight and was remanded to custody till January 31. Galla's bail application will come up for hearing on Tuesday after 10 am.

I condemn the politically motivated and unjustified arrest of @JayGalla by @ysjagan government @YSRCParty .
I demand for his immediate release @dgp_ap @loksabhaspeaker @AmitShah @PMOIndia pic.twitter.com/zOjKUyWIAh

Earlier on Monday, the Andhra Pradesh Cabinet approved three capital formula-- Secretariat at Visakhapatnam, High Court at Kurnool and Assembly at Amaravathi. The state government will introduce the AP Decentralized Governance and inclusive development of all areas of Andhra Pradesh Bill and Repealing APCRDA Act bill in the assembly.

The decision was taken during a meeting of the Council of Ministers ahead of the special Assembly session. The state ministers along with Chief Secretary Neelam Sahney attended the cabinet meeting, which had 7 agendas on its table.

Several leaders were taken into preventive custody in Vijayawada, Amaravati, and Guntur ahead of the cabinet meeting called by Chief Minister Jagan Mohan Reddy. The police administration had imposed section 144 and Police Act 30 in and around the secretariat and Amaravathi area in the wake of Chalo Assembly call given by Amaravati JAC, farmers and opposition parties including TDP, CPI, and Jana Sena.