The RJD leader reiterated his stand on the Ram Temple issue and said that his party will construct the 'Mandir' at Ayodhya. 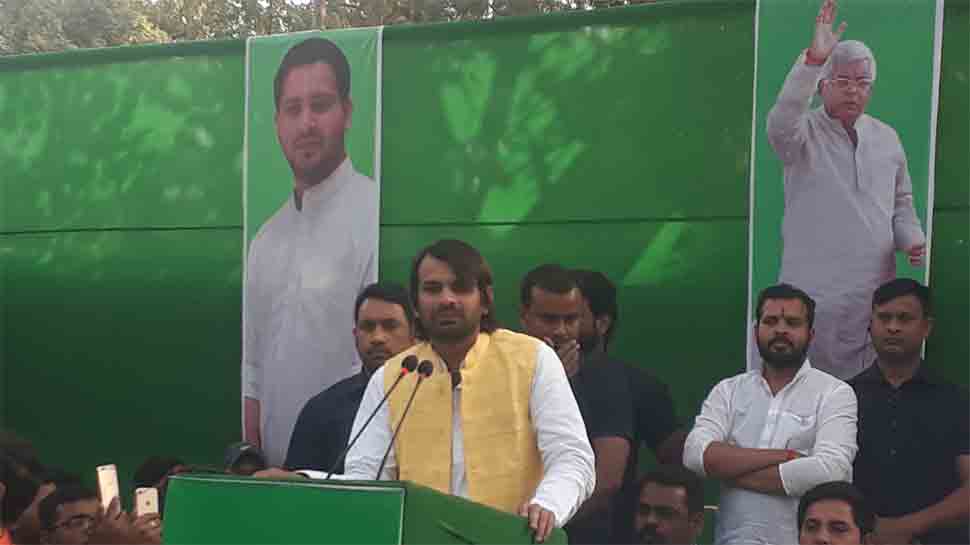 New Delhi: Rashtriya Janata Dal (RJD) leader and former minister in Nitish Kumar government, Tej Pratap Yadav on Thursday reiterated his stand on the Ram Temple issue and said that his party will construct the 'Mandir' at Ayodhya.

Son of former Bihar Chief Minister Lalu Yadav, Tej Pratap was speaking during the expansion of student wing of RJD. He said that if his party comes to power in Bihar, he will ensure that the temple at Ayodhya will be built with contribution from people of all the religions, ie. Hindu, Muslim, Sikh and Christian.

Giving an open challenge to BJP and RSS, the 30-year-old said if the opponents decide to come face to face, he will rip them off.

In a direct attack on the BJP government, Tej Pratap said, "BJP has only cheated people in the name of Ram Mandir and Lord Ram and Hanuman Ji must be extremely upset with them." He added further saying, "BJP and RSS people always attack from behind. If they consider themselves to be real leaders, they should start an open fight and I will rip them off alone."

Attacking Prime Minister Narendra Modi over work carried out so far on cleaning of River Ganga, he said that the issue has been completely ignored by him and the condition of the holy river has deteriorated even further. This was not the first time Tej Pratap took on PM Modi and BJP. Earlier, he had openly issued a threat to PM Modi for downgrading his father's security cover from Z+ to Z.

The Yadav scion asked the student wing of RJD to unite to get the party supremo Lalu Yadav released from jail so that they can see him as the Chief Minister of Bihar once again.

During the event, the RJD leader also asked the students to show their solidarity with the party by shouting and raising slogans for two minutes.

India aims to be among world's top 3 economies in next 15 years: PM Narendra Modi