Indian Army Chief General Bipin Rawat on Wednesday warned that situation at LoC can deteriorate anytime, asking the soldiers to remain on high alert to face any kind of situation. 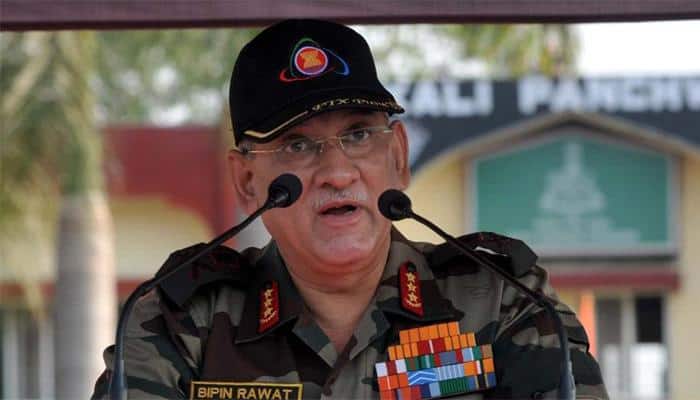 Indian Army Chief General Bipin Rawat on Wednesday (December 18) warned that situation at Line of Control (LoC) can deteriorate anytime. General Rawat asked the soldiers to remain on high alert to face any kind of situation at the LoC.

General Rawat's remarks came in the backdrop of an increase in unprovoked ceasefire violation by Pakistan along the LoC in Jammu and Kashmir in the recent days.

One Indian Army jawan was also martyred in the encounter after being hit by direct fire. Army sources later said that rocket launchers and anti-tank guided missiles were fired by both sides.

The encounter started after the Pakistani SSG and troops launched an attack at Indian post in Nathua Ka Tibba in Sunderbani sector. sources added that the Indian Army retaliated strongly forcing the Pakistani forces to retreat.

Indian Army jawan Rifleman Sukhwinder Singh, 21, who got martyred in the attack belonged to Fatehpur Village in Hoshiarpur district of Punjab. He is survived by his parents. "Singh was a brave, highly motivated and a sincere soldier and the nation will always remain indebted to him for the supreme sacrifice and devotion to duty," said the Army.