Sharad Pawar, who was the chief minister of Maharashtra then, called Bal Thackeray's youngest son Uddhav and informed him about the threat, Narayan Rane said. 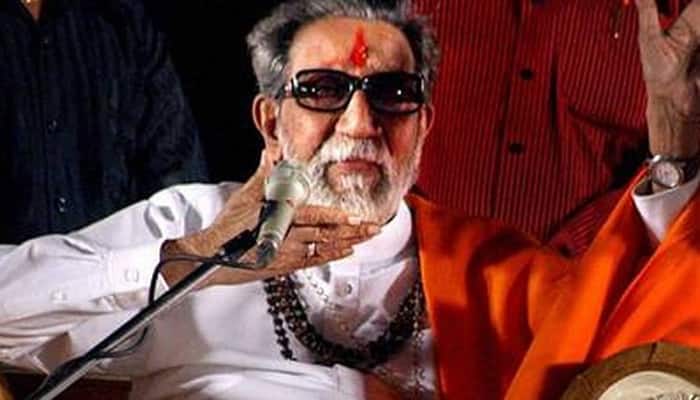 NEW DELHI: Terrorists had planned to carry out a blast at Matoshree, the abode of the Thackerays in 1989, forcing Shiv Sena patriarch Bal Thackeray to direct every member of the house to shift to a safer place for a few days, claims former Sena member Narayan Rane.

Sharad Pawar, who was the chief minister of Maharashtra then, called Bal Thackeray's youngest son Uddhav and informed him about the threat, the BJP-backed Rajya Sabha member says. He also claims that Thackeray was on the hit-list of Khalistanis. The separatist Khalistani movement had found supporters in several cities, including Mumbai.

On March 19, 1988, Bal Thackeray organised a press conference, where he circulated a questionnaire seeking assurances from the torchbearers of the Sikh community in the city that they had not been financing the movement's activities, says Rane. According to him, Thackeray declared at the presser that if the Sikhs continued to fund extremism, he would ensure that they were socially and economically boycotted in the city.

Rane mentions these incidents in his memoir 'No Holds Barred: My Years In Politics'. He says the Shiv Sena lost the Maharashtra legislative assembly elections in 1989, and the defeat put Thackeray in an even more vulnerable position as state security was controlled by the Congress.

"He (Thackeray) amped up protection at Matoshree and everyone was on high alert. In the midst of all the tension, a newly-married Uddhavji received an unexpected phone call from Chief Minister Pawar Saheb, who asked him to come and see him immediately. Alone - he had specified,?"Rane writes.

Pawar shared a close camaraderie with Thackeray and "owing to that relationship, he informed Uddhavji that he had received reliable information that a plot to bomb Matoshree had been hatched and the terrorists who were to execute it had arrived in the city", he says. Pawar, says Rane, also informed that he was "worried because insiders were involved - insiders from Matoshree, the state police force, and even the home ministry".

"Pawar Saheb said the D-Day was two days away and offered the Thackerays increased police protection, adding that he should keep the information within the family," claims Rane in the book, co-authored with Priyam Gandhi-Mody and published by HarperCollins India.  Uddhav then discussed Pawar's information with his father, who instructed every member to find a safe house for a couple of days and steer clear of Matoshree, says Rane, adding Thackeray with his wife Meenatai moved to Lonavala the next morning.

The book is packed with revealing stories of Rane's encounters with the bigwigs of politics - ranging from the Thackerays, Pramod Mahajan, Gopinath Munde, Manohar Joshi, Vilasrao Deshmukh, Ashok Chavan and Devendra Fadnavis to Sharad Pawar, Ahmed Patel and Rahul and Sonia Gandhi. Rane, a former Maharashtra chief minister, describes in detail how he quit the Sena to join the Congress and then resigned from it to form his own party - Maharashtra Swabhiman Paksha.

On current politics and the 2019 elections, he says smaller and regional parties would play a key role in the formation of the next government at the Centre. According to him, the Opposition is putting up an impressive fight, and its individual parties may even be able to win big in their respective states.

He is also of the view that to seize power from the BJP at the Centre, these parties must be able to agree on a single face to represent them. "I personally believe that the BJP may find it difficult to reach the tally of 282 seats that it won in 2014. The states it has not performed very well since 2014 and their respective seat shares must be taken into consideration," Rane writes.

"The Opposition is getting its act together, even though they have a few things left to even out with important constituents like the Samajwadi Party and the Bahujan Samaj Party, which are not willing to commit to the united front of the opposition," he writes. However, he feels in the end, the BJP might just scrape through under Narendra Modi's leadership.