This Independence Day, women should take charge of their own safety

Despite the gruesome 2012 Nirbhaya gangrape case, the situation hasn’t changed much in the capital. Delhi is still known as the rape capital. 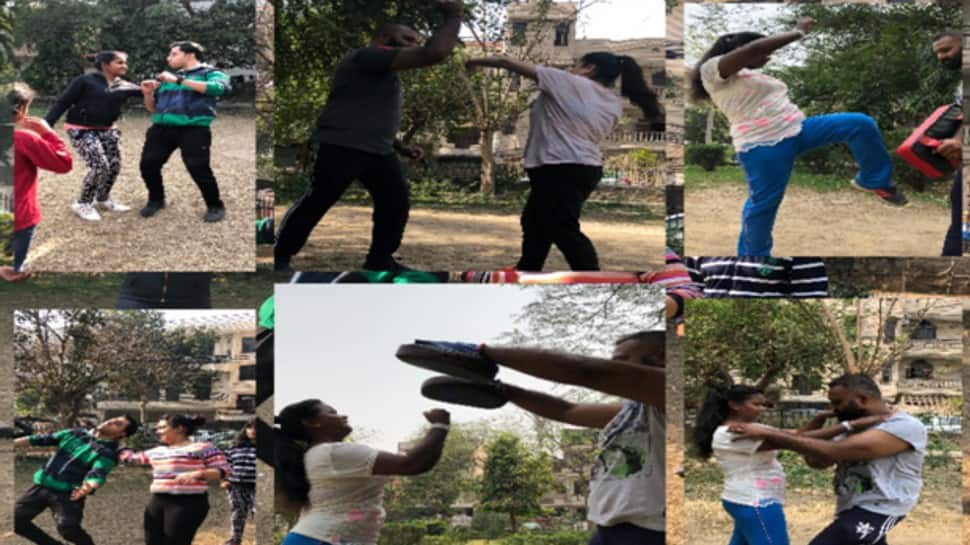 How many times have you sensed a man stalking or staring at you in a public place? And, what was your reaction to the situation? More than 70 per cent women choose to ignore, and sometimes it is advisable to do the same. But if the situation demands you to fight, are you prepared for it?

It was this thought that provoked me to start FightHer in October 2018. FightHer was born in October, 2018. An initiative to teach girls, women and domestic workers basic self-defense techniques to help them be their own protector. The mission of FightHer is to bridge the gap between the rich and the poor by motivating women from affluent families to contribute a small amount for the classes and in return making the classes free of cost for the ones who can’t afford. The vision of FightHer is to create a world where women safety is intact and each woman/girl feels confident enough to protect herself.

Being a journalist and communications professional, I worked at odd hours and knew how  important it was for women to feel safe while traveling alone. Working late night shifts is nothing new for a journalist. Travelling late night in office cabs was a regular affair but since I was the last girl to be dropped home, I always had that fear in my heart. What if something goes wrong? Learning self-defense helped me get rid of that fear. Self-defense is not just a skill but a confidence building exercise.

A report released by Reuters foundation in 2018 ranked India as the most dangerous place because of its high incidences of sexual violence, lack of access to justice in rape cases, child marriage, female feticide and human trafficking. An Ola survey report in 2019 which covered cities like Ahmedabad, Bengaluru, Bhuvaneshwar, Chennai, Hyderabad, Indore, Jammu, Kochi, Mumbai, Mysuru and New Delhi, stated that only 9percent women feel that it’s safe to use public transport as compared to the majority who state reasons like verbal abuse, staring, groping, whistling, and molestation to opt out of public transport.

Despite the gruesome 2012 Nirbhaya gangrape case, the situation hasn’t changed much in the capital. Delhi is still known as the rape capital. A 2016 study by economist Girija Borker reveals how sexual harassment changes lives in the economy in unseen ways. The study states, “Women end up spending more on transportation in order to avoid harassment.” The report mentions that the simplest way to look at how sexual harassment impacts women is to look at how they commute. “Four years after the incident, New Delhi still ranked the fourth-worst city in the world for women using public transport. The Delhi police registers an average of 50 crimes against women daily, including at least four alleged rape”, the report added.

This Independence Day, women need to buck up and take charge of their own safety by learning self-defense. The fight starts with ‘HER’.