This will be the India of 2024: Arun Jaitley applauds economic roadmap in Budget 2019

The budget provides a political direction for an aspirational India, with the economically weaker sections getting the basic amenities of life, said Jaitley. 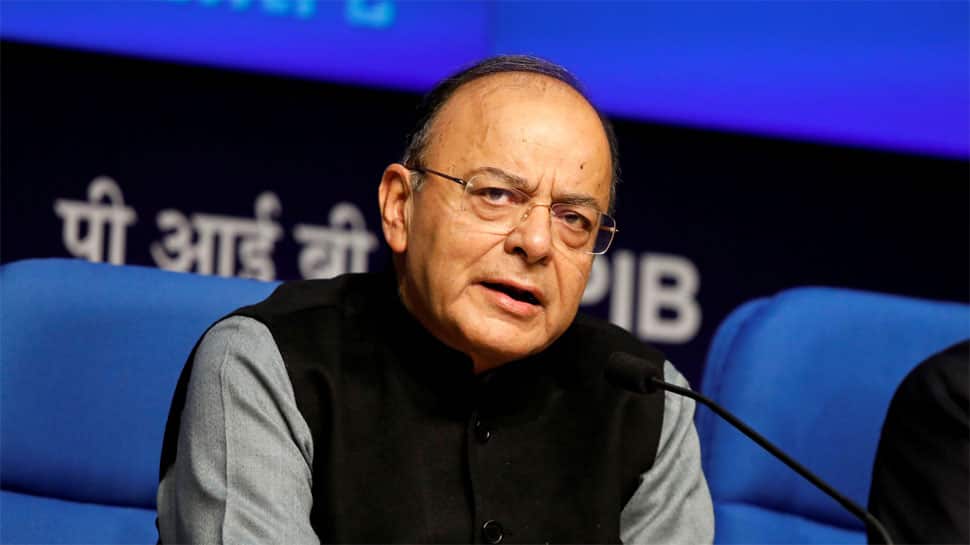 New Delhi: Senior BJP leader Arun Jaitley Saturday applauded the first budget of Modi government 2.0, calling it a policy document which will expand India’s growth story in the next five years. “This will be the India of 2024,” said the former Finance Minister in a long Facebook post.

“The Budget presented by FM, Smt. Nirmala Sitharaman, is a policy document for the medium term. It expands the roadmap on which the Prime Minister has built up India’s growth story from 2014-19. The striking part of this period was that for a 5 year average, India grew by 7.3%,” he added.

The budget provides a political direction for an aspirational India, with the economically weaker sections getting the basic amenities of life, said Jaitley.

The Union Budget 2019-20 gives a political direction for an aspirational India. The economically weaker sections get the basic amenities of life. The Prime Minister’s first tenure witnessed the blending of good economics & good politics. The trend continues in this Budget.

He also defended the excise duty on petrol and diesel that saw fuel prices shooting up on Saturday across the country. “In the last two years though the crude oil prices hardened yet duties had been cut by the Central Government on at least two occasions in a major way. It is the softening of the crude oil prices which has persuaded the Govt. to raise the excise duty on petrol & diesel marginally.This money goes into an infrastructure fund.”

The Budget for each year is essentially a statement of income and expenditure of the Government. However, with the expansion of the Indian economy, it has acquired the role of a policy document. The Budget presented by the Finance Minister, Smt. Nirmala Sitharaman,  is a policy document for the medium term. It is a budget of a continuing government, which has to accelerate the direction of the past.  It expands the roadmap on which the Prime Minister has built up India’s growth story from 2014-19. The striking part of this period was that for a five year average, India grew by 7.3%, it’s revenues grew exponentially and it brought macro stabilityback with both the Current Account Deficit and the Fiscal Deficit being on the glide path downwards. The present Budget maintains that path based on the premise that economies which are fiscally prudent, eventually get rewarded as against those who indulge in fiscal adventurism.

A fundamental question has always been asked as to what would one choose between good economics and clever politics. The choice is unfair because any Government needs both in order to survive and perform. The Prime Minister’s first tenure witnessed this blending of good economics and good politics. The change, which was facilitated by the Jan Dhan Accounts and the AADHAAR, laid the foundation for Direct Benefit Transfer to those who needed State support. Subsidies were no longer an unknown amount of money being distributed to an unidentifiable class of people. Subsidies in the form of transfer of facilities to the poor is an example of the blending of good economics and good politics. The villages get roads, the poor get houses, and every household got a toilet, a gas connection and an electricity connection. Fifty crore people got hospital treatment upto Rs.5 lakh per year. Their lives became liveable with at least these basics. To carry this path forward, completion of the rural housing being constructed and delivered to the poor, and the conclusion of the remaining part of the gas connection programme, the Budget takes upon itself the task of concentrating, in the next five years, on a ‘tap for every home’. For this, it is necessary to clean up our rivers and have an adequate water management.

The last five years had seen a lot of emphasis on infrastructure. The Finance Minister has rightly given top priority to infrastructure. This priority is self-evident in the fact that the rural roads programme connecting every village with a motorable road is nearing completion. The National Highways are moving at a pace faster than ever before. Adequate amount of allocations have been made in the Budget for this. The railways is one of the top priorities of the Government. Besides faster trains, modernised coaches, additional railway safety measures, very soon India will witness the modernisation of its railway stations similar to what today has happened to the airports. Increase in port capacity, further development of inland water transportation and expanding the aviation sector to the remotest corner of the country is the roadmap which the Finance Minister has presented. This will be the India of 2024.

Modernisation of our cities with all-weatherroads, an effective metro system, better urban roads are being given an impetus. The Government is committed to providing housing to the weaker sections in both rural and urban areas. A major tax incentive has been given to those who borrow to buy affordable houses. This move will not merely help the system to utilise the unsold stock of affordable houses but will also be instrumental in injecting liquidity into the real estate market.

The direction of reforms in the banking and financial sector has been maintained. Consolidation of public sector banks is being undertaken so as to have fewer but mega and financially strong banks. A sizeable allocation has been made for recapitalisation of banks so that their capacity to lend for growth improves. The Budget contains concrete proposals about support to the NBFCs whose liquidity, for the last several months, was under strain and had reduced the purchasing power of consumer. The sectors most affected by this were real estate, automobiles and the MSMEs.

While the GST reforms are being carried out by the GST Council, a lot of simplification for direct tax assesses has been proposed. Besides affordable housing, electric vehicles and start-ups are the sectors on which the Budget places an adequate emphasis. In the last two years, when the global crude oil prices had hardened, duties had been cut by the Central Government on at least two occasions in a major way. It is the softening of the crude oil prices which has persuaded the Government to raise the excise duty on petrol and diesel marginally so that this money could be transferred to a special fund meant for infrastructure creation, particularly for the National Highways and the rural roads programme.

The Budget creates a political direction for an aspirational India. The economically weaker sections get the basic amenities of life.  Besides the income-tax exemption limit having been increased to rupees five lakhs in the interim Budget a few months ago, several sectors of interest to the middle class and the neo-middle class have been incentivised. These, in particular, include affordable housing and electric vehicles. Massive infrastructure creation also has the ability to generate employment and attract investment.  So does a boost to the construction and real estate sector. India will continue to be the fastest growing major economy in the world. In the last two to three quarters growth has seen a moderation. Unquestionably, the Budget as a policy document lays down the roadmap for India to get back on track.