Tiger caught on camera for the first time in Sikkim

According to officials of the forest department, this is the first time that a tiger has been captured on camera in the state. 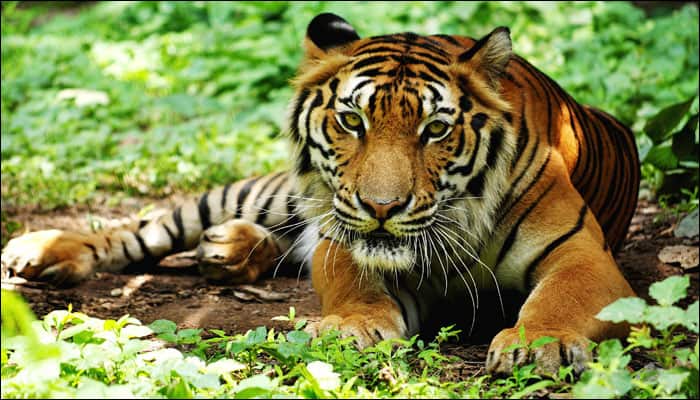 GANGTOK: A Royal Bengal Tiger has been caught in a camera trap laid by forest officials in Sikkim.

According to officials of the forest department, this is the first time that a tiger has been captured on camera in the state.

"History has indeed been created with the first-ever camera footage of a Royal Bengal Tiger roaming in the forests of Pangolakha Wildlife Sanctuary in East Sikkim," the Divisional Forest Officer (DFO) of East Wildlife Division, Dechen Lachungpa, said.

"We got to know about the camera trap images only a couple of days ago," the forest official added.

Lachungpa also said that there had been oral narratives of tigers freely roaming in the forests of Sikkim until the late 1980s.

However, the first-ever picture of the animal could be a concrete base on which a detailed study on migration of tigers to the Himalayan state could be undertaken, the DFO added.