Earlier in the day, the Goa CM slammed Rahul for using the courtesy visit for petty political gains. 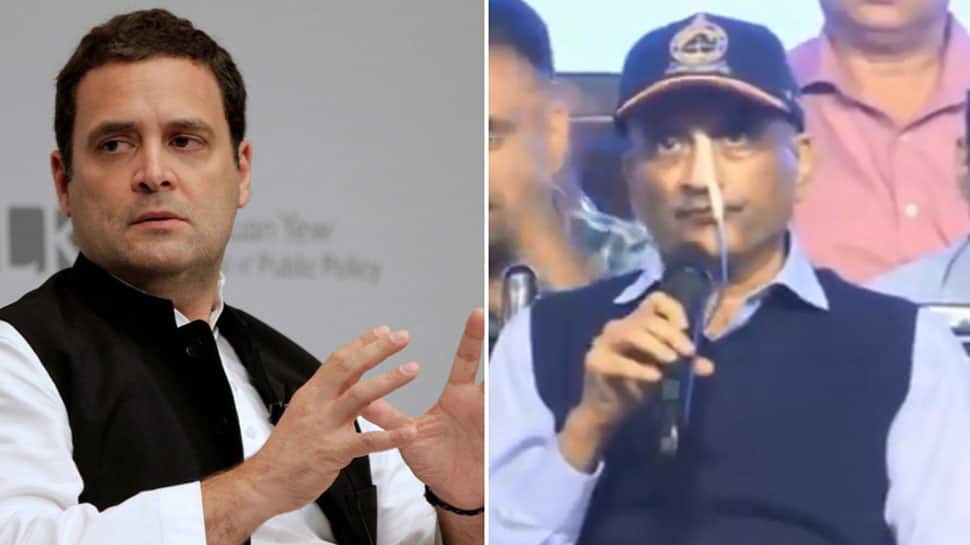 New Delhi: Congress President Rahul Gandhi on Wednesday wrote back to Goa Chief Minister Manohar Parrikar saying that he has not shared any details of their conversation, adding whatever he referred was already in the public domain.

"I have not shared any details of my conversation with you when we met in Goa yesterday. In my two speeches since we met, I have referred to what is already in the public domain," Rahul Gandhi said.

Clarifying his stand, the Gandhi scion said, "My visit to you was strictly personal and driven purely by my empathy for your situation. You will no doubt recall that I also called you when you were undergoing treatment in the United States to enquire after your health and wish you well."

"Parrikar Ji, I empathise with your situation. I understand the immense pressure you are under after our meeting yesterday. Pressure that forced you to take unusual step of demonstrating your loyalty to PM&his cronies by attacking me in uncharacteristic manner," he added.

Rahul Gandhi has been under fire since he said that Parrikar stated he had nothing to do with the 'new (Rafale) deal' that was "orchestrated by Prime Minister Narendra Modi to benefit Anil Ambani". He had visited ailing Parrikar on Tuesday and inquired about his health.

Earlier in the day, the Goa CM slammed Rahul for using the courtesy visit for petty political gains. In a letter to the Congress chief, Parrikar asserted that in the 'five-minute meeting with Rahul Gandhi', there was no mention of the Rafale deal.

Parrikar, 63, has not been keeping good health since 2018 due to a pancreatic ailment. He couldn't attend his office due to frequent hospitalisations.

Rahul has been targetting PM Modi and the Centre over the controversial Rafale fighter jets deal. The Congress had released an unverified audio tape in 2018 in which Goa Health Minister Vishwajeet Rane purportedly told an unidentified person that Parrikar was holding the government to ransom because he was in possession of the Rafale deal files. Both Parrikar and Rane had later dismissed the tapes as fabricated.