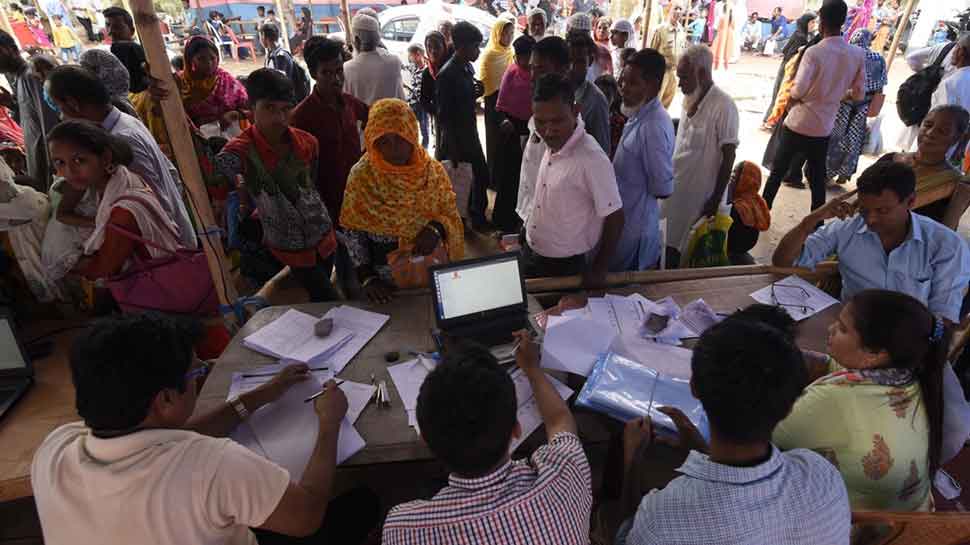 NEW DELHI: The Union Cabinet on Wednesday cleared the contentious Citizenship (Amendment) Bill, 2016 during a crucial meeting, which was chaired by Prime Minister Narendra Modi. The meeting of the Union Cabinet was held at the Parliament House Annexe building. The Union Cabinet also reportedly approved the proposal to extend the SC/ST reservation for Lok Sabha and State Assemblies which was due to expire on January 25, 2020. it has now been extended for the next 10 years.

After the Union Cabinet nod, the Home Minister is likely to introduce the Citizenship (Amendment) Bill in the Parliament in the last week of the ongoing Winter Session.

The bill seeks to amend the Citizenship Act, 1955, in order to grant Indian nationality to Hindus, Sikhs, Buddhists, Jains, Parsis and Christians, who come to India due to religious persecution in Bangladesh, Pakistan and Afghanistan even if they don't possess proper documents. Opposition parties, including Congress, Trinamool Congress, Communist Party of India (Marxist) and a few others, have been steadfastly opposing the bill, claiming that citizenship can't be given on the basis of religion.

Union Home Minister Amit Shah has been holding hectic parleys with his Cabinet colleagues, top political leaders and activists from the Northeastern states, including the chief minister of Mizoram, over the Citizenship (Amendment) Bill, 2019.

During one such meeting, which was called on Tuesday and concluded in the wee hour of Wednesday, a consensus had reportedly evolved on the controversial bill.

Shah, who has been conducting meeting over the Bill for the past few days, has held discussions with different stakeholders for over 100 hours. During his meetings, the Home Minister spoke about different provisions of the Bill and tried to clear the confusion about its various aspects.

Speaking on the issue, Defence Minister and senior BJP leader Rajnath Singh recently urged his party MPs to be present in large numbers when Home Minister Amit Shah tables the bill in Parliament.

During a meeting of BJP parliamentary party, Singh also touched upon the issue of absenteeism among BJP MPs from Parliament. The veteran politician also stressed that Prime Minister Narendra Modi has expressed his dissatisfaction over lack of their adequate presence many times.

Rejecting the opposition's criticism of the Citizenship Bill, which seeks to grant citizenship to non-Muslim refugees from Pakistan, Bangladesh and Afghanistan if they faced religious persecution there, Singh asserted that the BJP has always worked to unite the country and its people.

Singh also cautioned the party MPs against using unparliamentary words during their intervention in Parliament and said they should be aggressive in countering the opposition but not go to the extent of what the Congress, the BJP's main rival, does.

His remarks came against the backdrop of party MP Pragya Thakur being forced to apologise in the Lok Sabha for her comments on Mahatma Gandhi's killer Nathuram Godse.

The BJP subsequently barred her from attending its parliamentary party meeting during the ongoing session.