Singh said it is strange that it took 40 years to get a green signal for the construction of these underpasses which will facilitate seamless movements among the three campuses of the Academy. 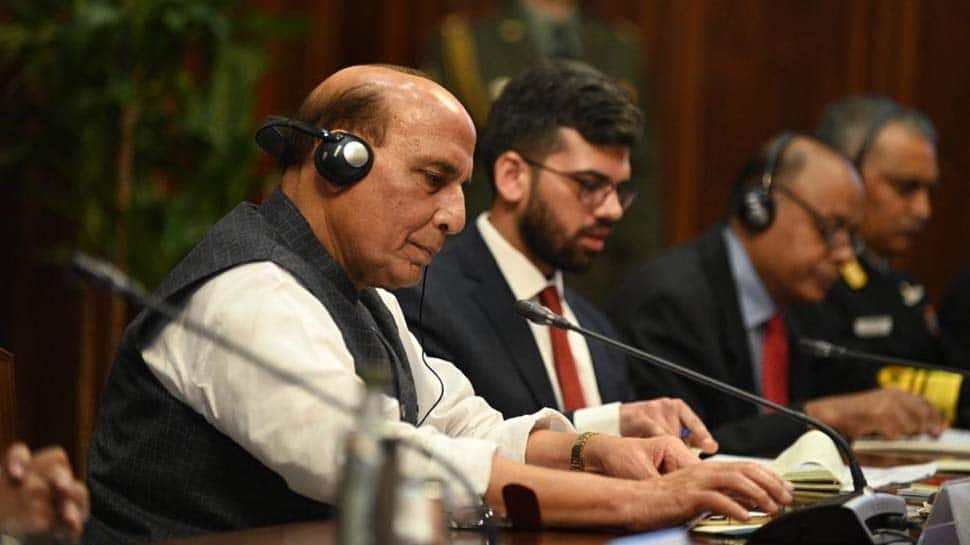 Union Defence Minister Rajnath Singh on Monday laid the foundation stone for the construction of Underpasses at the Indian Military Academy, Dehradun, via video conferencing from the national capital.

Addressing the ceremony, Singh said it is strange that it took 40 years to get a green signal for the construction of these underpasses which will facilitate seamless movements among the three campuses of the Academy.

As of now, traffic signals are an impediment for the trainee cadets to smoothly cross from one side to the other. Alternatively, this is also a hassle for the local people during the movements of IMA Cadets.

With the rise in population of Dehradun, the capital of Uttarakhand, the movement of traffic has increased causing frequent traffic jams. The construction of the underpasses will ease traffic flow on NH-72. Besides the people of Dehradun, the underpasses will also greatly benefit the people of other parts of Uttarakhand, Punjab, Himachal Pradesh and Haryana.

The proposal for the underpass was mooted in October 1978 keeping in view the security of the General Cadets and the convenience of the people of Dehradun. However, the work on the project could not start due to various issues of ownership and funding.

On December 7, 2019, during the passing out parade AT-2019, Singh had announced the Acceptance of Necessity (AoN) of the value of Rs 45 crore which set the ball rolling for the construction of the underpasses.