Kuldeep Singh Sengar, who is currently lodged in Sitapur district jail, is the main accused in the case. 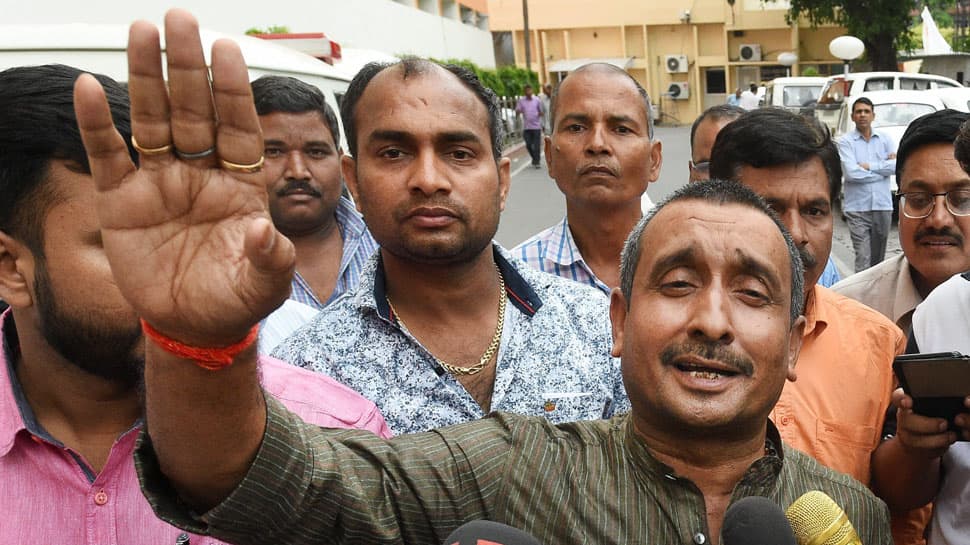 New Delhi: A Delhi court on Monday ordered that Unnao rape accused Kuldeep Singh Sengar and his accomplice Shashi Singh be shifted to Tihar Jail from a prison in Uttar Pradesh in connection with the Unnao rape case.

Sengar, who is currently lodged in Sitapur district jail, is the main accused in the case.

The expelled BJP leader had allegedly raped a minor girl at his residence in 2017, where she had gone to seek a job. Singh, on the other hand, had purportedly lured the victim into going to the Sengar's residence.

District Judge Dharmesh Sharma slated the arguments on the charges in the rape case to August 7.

Besides the main case, other matters pertaining to the complaint against the rape survivor's father under the Arms Act and his custodial death will be taken up on Tuesday.

Advocate Bharat Singh, who appeared on behalf of Sengar, contended that his client is a reputable person and a four-time lawmaker. Both Sengar and Singh were produced in the court after a production warrant was issued against them, on August 3.

A murder case was filed against Sengar after the rape survivor met with an accident on July 28. A truck rammed into the vehicle in which the Unnao rape survivor, her counsel, her mother and an aunt were travelling to Raebareli. While her mother and aunt succumbed to their injuries, the girl and her lawyer are currently undergoing treatment at King George's Medical University in Lucknow.

While the survivor is recovering and has even opened her eyes, her lawyer is in a deep coma, the hospital administration stated in a letter, earlier on Monday.