US President Donald Trump called the the ongoing border row between India-China at eastern Ladakh as a "very nasty situation," he once again offered to mediate between the two countries saying "if we can do anything we would love to get involved and help." 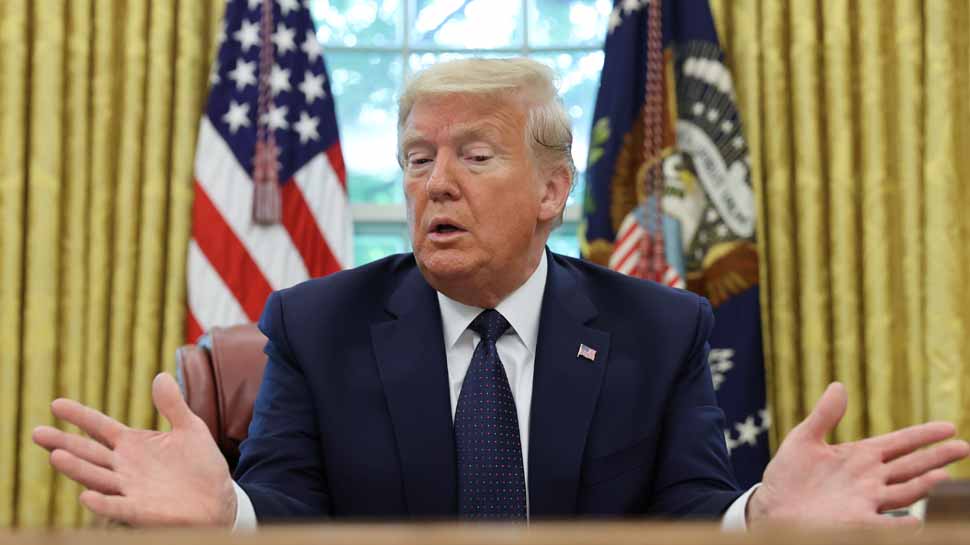 US President Donald Trump called the the ongoing border row between India-China at eastern Ladakh as a "very nasty situation," he once again offered to mediate between the two countries saying "if we can do anything we would love to get involved and help."

"It has been a very nasty situation and we stand ready to help with respect to China and India. If we can do anything we would love to get involved and help. We are talking to both countries about that," Trump said.

Notably, Trump has offered to mediate between the two nuclear-armed nations in the past as well. Though both India and China had rejected the idea claiming there is no need for a third party to mediate.

When asked if China was bullying India, he answered, "I hope not but they are going more strongly at it than a lot of people even understand."

Trump slammed China saying it is the country one must be talking about rather than Russia. "China at this point is the nation you should be talking about much more so than Russia because the things that China is doing are far worse. Look at what happened with the China virus, look at what they have done to 188 countries all over the world," he said.

Trump further said that he "gets along with every country" apart from China as he "did not like what is happening with respect to the pandemic".

"I do not like it at all. What they have done to this world, this country, Europe and every place else is terrible," he added.

Meanwhile, the situation between China and India is tense and both countries are in continuous dialogue at both military and diplomatic levels.

Union Defence Minister Rajnath Singh and Chinese Defence Minister Wei Fenghe met on Friday on the sidelines of a ministerial meet of the Shanghai Cooperation Organisation (SCO). The meeting lasted for 2 hours and 20 minutes.

On August 31, the Indian Army had said the Chinese military carried out "provocative military movements" to "unilaterally" change the status quo on the southern bank of Pangong lake in eastern Ladakh on the intervening night of August 29 and 30 but the attempt was thwarted by the Indian troops.

India and China are engaged in a standoff since April-May over the transgressions by the Chinese Army in multiple areas including the Finger area, Galwan valley, Hot springs, and Kongrung Nala.

The situation worsened after 20 Indian soldiers were killed in a violent skirmish with Chinese troops at Galwan valley.

Court restrains from publishing book titled 'Gunning for the Godman : The True Story behind the Asaram Bapu Conviction'