Donald Trump aired his grievances at length a day after the Democratic-controlled House of Representatives voted formally to lay out the rules for the inquiry into Trump's attempt to get Ukraine to investigate his Democratic rival Joe Biden. 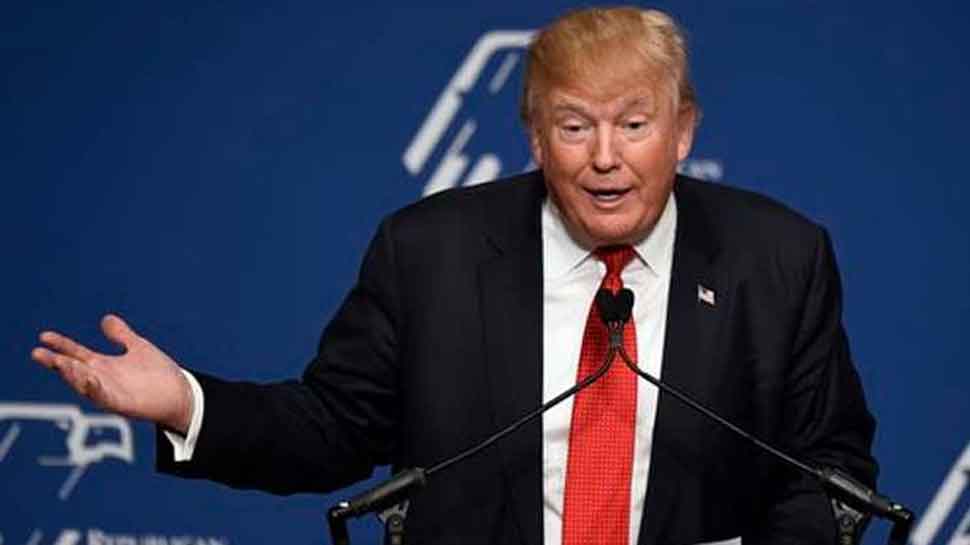 Tupelo: President Donald Trump said on Friday he believed an 'angry majority' of American voters will support him against an impeachment enquiry as he sought to rally his supporters to voice their opposition to the Democratic attempt to oust him.

At a packed arena in Tupelo, Mississippi, Trump aired his grievances at length a day after the Democratic-controlled House of Representatives voted formally to lay out the rules for the inquiry into Trump's attempt to get Ukraine to investigate his Democratic rival Joe Biden.

"The American people are fed up with Democrat lies, hoaxes and extremism," said Trump. The Democrats, he said, "have created an angry majority that will vote many do-nothing Democrats out of office in 2020."

A Washington Post-ABC News poll released on Friday said Americans are sharply divided on impeachment, with 49 percent saying Trump should be impeached and removed from office, while 47 percent saying he should not.

Trump also voiced confidence that he will be able to defeat any Democrat who he ends up opposing in the November 2020 election. "We`re kicking their ass," he said. He ridiculed Beto O`Rourke hours after the former US representative abruptly dropped out of the race for the Democratic presidential nomination on Friday.

"Beto, that poor bastard - poor, pathetic guy," said Trump. He repeatedly dismissed Biden as mentally deficient and said he is "dropping like a rock."

Trump returned again and again to the Ukraine scandal swirling around him. He defended his July 25 phone call with Ukraine President Volodymyr Zelenskiy that lies at the heart of the impeachment accusations against him.

"Now I`m an honest person anyway, but do you think when I'm making a call to a newly elected president of a country that I would say something improper when I know so many people are listening on the line?" said Trump.

Trump called on Republicans to rally around him. "Make no mistake, they are coming after the Republican Party and me because I’m fighting for you," he said.

Trump was in Tupelo to campaign on behalf of the state's Republican candidate for governor, Tate Reeves, who is in a tight race against Democrat Jim Hood. Trump blasted Hood.

"All I know is he fought very hard to elect 'crooked' Hillary Clinton and Barack Hussein Obama," said Trump, making sure to use the former president`s middle name. "Not the kind of guy we need here - not here in Mississippi."

The contest on Tuesday could be an indicator of the country's mood a year away from the election that will determine whether Trump gets a second term as US president.