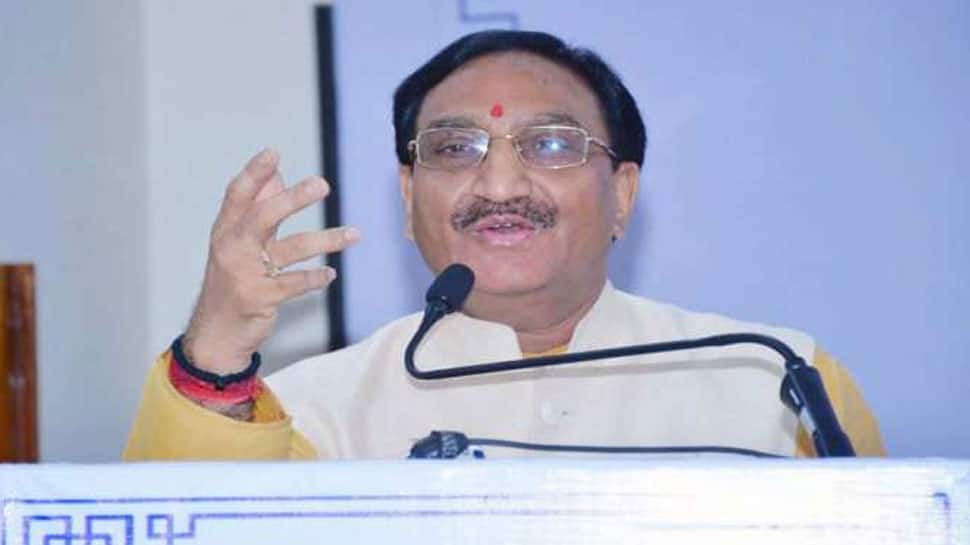 "These universities will help students pursue higher studies in the Sanskrit language," he added. The Lok Sabha on Thursday passed a bill to upgrade three deemed Sanskrit universities into Central universities with Nishank saying that government was committed to development and promotion of all Indian languages.

Replying to the debate on Central Sanskrit Universities Bill, 2019, Nishank said India`s ancient texts had guided India to become a world leader and it was "painful" to see dispute being created about a language.

In a veiled reference to DMK members, who had asked how he was describing Sanskrit as the greatest language, Nishank said: "we cannot indulge small talk".

He said India had been a world leader and it does not make sense to spend time and energy in small disputes."We are committed to strengthening all Indian languages," he said.

Nishank said that Sanskrit was the language which has given maximum words to other languages. The minister said it will be wrong if foreign countries learn and gain from India`s ancient texts and the country does not make use of the knowledge ingrained in them. He said a purpose of turning the three universities into Central universities was that the knowledge inherent in ancient texts is explored in a new perspective.

The minister said the government was working to the slogan of `Ek Bharat, Shreshth Bharat` and the aim of `Shreshth Bharat` can be realised under the leadership of Prime Minister Narendra Modi. Earlier moving the Bill for passage, Nishank said Sanskrit was the "soul of the country" and had contributed to India becoming `Vishwa Guru" (world leader) in the past.

He said the language is taught in 250 universities across 100 countries including 14 universities in Germany. The minister cited scholars and said Sanskrit was a scientific language.

The Bill states that that enhancing the status of the three universities will give a boost to postgraduate, doctoral and post-doctoral education and research "in Sanskrit and Shastraic education".