The woman had gone to the police station to register a complaint against miscreants who had allegedly tried to molest her. The reaction from a cop here, however, left her absolutely dismayed. 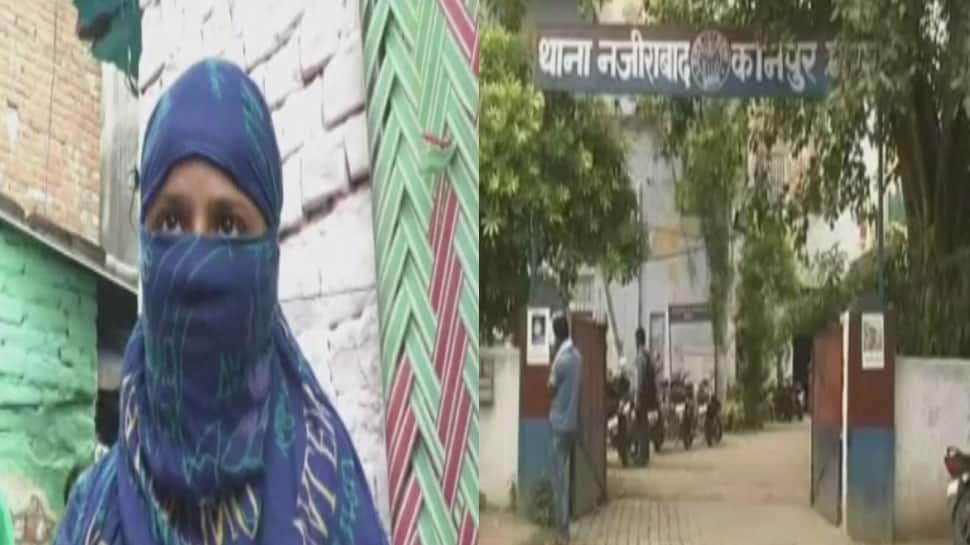 Tired of being molested by miscreants, Dimple Sharma* recently went to a police station in Kanpur to lodge a complaint. In a shocking turn of events though, a cop here instead cast aspersions on her for her 'fashion accessories.' He even refused to register her complaint.

In a video of the incident that has gone viral on social media, Dimple - resident of Sarojini Nagar in Kanpur - is heard narrating how certain miscreants have been troubling her. She complained that when she went to fill water at a public borewell, the miscreants tried to molest her. When Dimple's brother tried to intervene, he was allegedly assaulted by the family members of the miscreants. Left with no option, Dimple and her family reached the local police station to register their complaint but a bigger shock awaited them here.

The cop in the video can be seen first hearing Dimple's complaint before proceeding to question the accessories she was wearing. "'Why are you wearing all these rings, bangles and locket? All this itself shows what you are," he is heard saying.

#WATCH A Policeman at Nazirabad PS in Kanpur humiliates a girl who approached him with a molestation complaint. Policeman tells her 'Why are you wearing all these rings, bangles and locket? All this itself shows what you are'. The Policeman has been sent to district line. (22.7) pic.twitter.com/n3Vn0psDzm

The incident comes as yet another source of embarrassment for UP Police which has often been in the news for the wrong reasons. Social media users blasted the cop in the video for not only not performing his duty and registering Dimple's complaint but for also being guilty of moral policing. He has also been slammed for casting aspersions on her modesty.

Following the uproar, the cop was first sent to the district line and had reportedly been suspended by Thursday evening.

UP has one of the highest crime rates in the country and such incidents hardly evoke any sense of confidence among people for those who are meant to protect the law.

* The name of the woman has been intentionally changed to protect her identity.