We support peace but won't tolerate threat to our security: Amit Shah 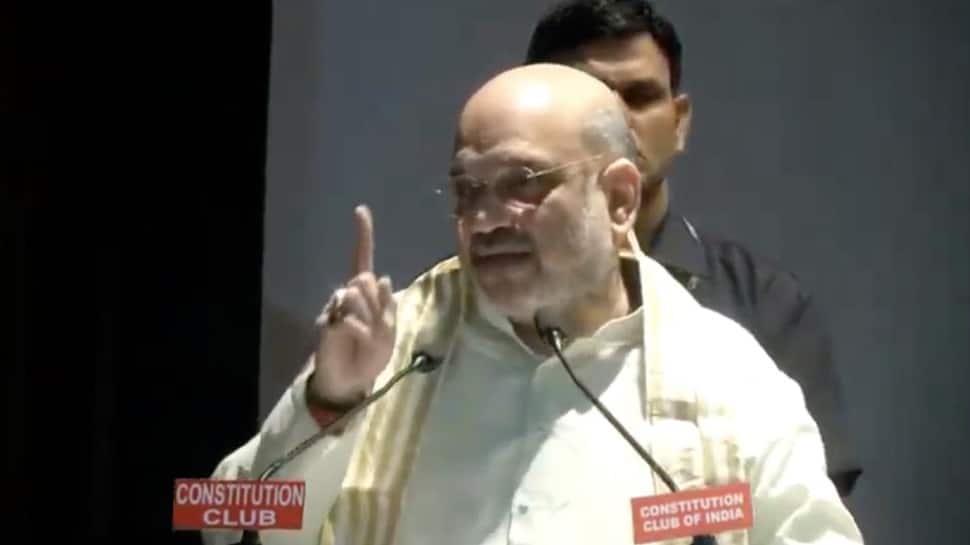 Union Home Minister Amit Shah on Thursday issued a warning to Pakistan and said that though India has always supported peace the Narendra Modi-led government at the Centre will not tolerate any threat to its people.

Addressing a function at Pandit Deen Dayal Upadhyay Petroleum University in Gandhinagar, the senior BJP leader said that after terror attack in Uri, Indian forces carried out surgical strikes inside PoK and destroyed several terror camps. Shah added that Indian Air Force carried out successful airstrikes after Pakistan-based terror groups attacked a convoy of CRPF personnel in Pulwama. The Home Minister stressed that Indian government will not allow any nation to violate its borders and Indian forces are ready to take action against such provications.

Kumar also slammed Pakistan Minister Shireen Mazari for writing a letter to the United Nations falsely claiming that situation is Jammu and Kashmir is far from normal. He stressed that Mazari's letter is not even worth the paper on which it was written and India will not want to give any credence to the letter by commenting on it.