Rahul Gandhi alleged that media personnel who accompanied the delegation were "mishandled" and "beaten up". 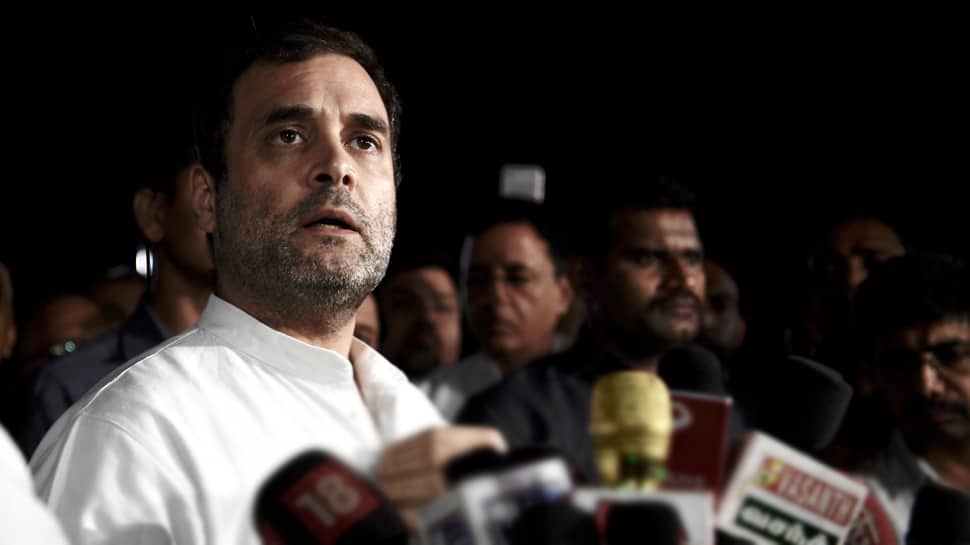 New Delhi: Taking a dig at Rahul Gandhi, Shiv Sena MP Sanjay Raut on Sunday said that arrangements can be made if the Congress leader wants to visit Jammu and Kashmir for enjoyment.

"If Rahul Gandhi wants to visit Jammu and Kashmir for touring and enjoyment then we will request the tourism department to make all the arrangements for those activities. He was sent back because there were chances that the situation could get dangerous," Raut was quoted as saying by news agency ANI.

Speaking about the Centre's decision to revoke sections of Article 370, Raut said, "I will not say whose dreams were fulfilled by the decision of removing Article 370 but I can definitely say that the whole country wanted this to happen. I thank the Home Minister for taking this decision."

It may be recalled that a delegation of 11 opposition leaders, including Rahul Gandhi and several others, had arrived in Srinagar from Delhi to take stock of the situation there in the aftermath of Centre's move to revoke Article 370 that gave special status to the state.

However, the delegation was sent back to Delhi from Srinagar airport. The delegation included leaders of Opposition parties like Congress, CPI, DMK, RJD, TMC, NCP, and JDS who had gone there for a reality check.

Before leaving for Kashmir, the leaders had insisted that they were only going to assess the ground realities and not for creating any disturbance.

Later, upon their arrival in Delhi, Rahul Gandhi slammed the J&K government and said that the ground situation is very bad in the state.

''The situation in Jammu and Kashmir is "clearly not normal," the Congress leader said.

Speaking to reporters, the Gandhi scion said that the delegation, comprising 12 opposition leaders, wanted to get a sense of what people were undergoing, however, they were not allowed to move beyond the airport.

He further alleged that media personnel who accompanied the delegation were "mishandled" and "beaten up".

"Some days ago, I was invited by the governor to visit J&K. I accepted the invitation. We wanted to get a sense of what people are going through, but we weren't allowed beyond the airport. Press people with us were mishandled, beaten. It's clear that the situation in J&K isn't normal," news agency ANI quoted Rahul Gandhi as saying.

Rahul's sister and Congress party general secretary Priyanka Gandhi Vadra also slammed the Centre over the issue and dubbed it as ''anti-national.''