Will not cut any more trees in Aarey, we respect SC's decision: Mumbai metro authority

After the Supreme Court ordered the Maharashtra government to stop axing of more trees in Mumbai's Aarey forest area until next hearing, the Mumbai Metro Rail Corporation (MMRC) on Monday said that respecting the SC's order, no more trees will be axed at the car shed site in Aarey Milk Colony from now on. 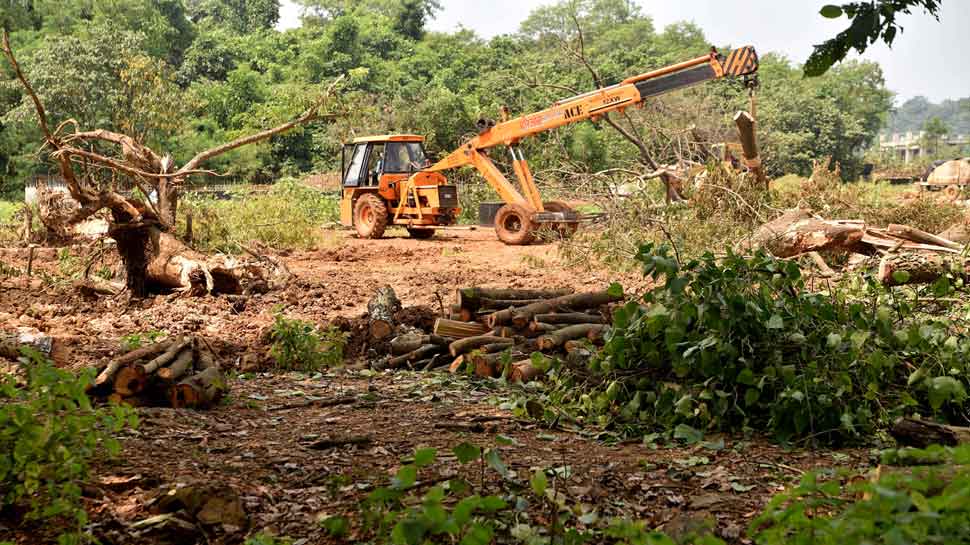 Mumbai: After the Supreme Court ordered the Maharashtra government to stop axing of more trees in Mumbai's Aarey forest area until next hearing, the Mumbai Metro Rail Corporation (MMRC) on Monday said that respecting the SC's order, no more trees will be axed at the car shed site in Aarey Milk Colony from now on.

The MMRC said the agency axed 2,141 trees between October 4 and October 7 following a decision of the Bombay High Court on October 4 upholding permission of Tree Authority to cut trees. MMRC further said that clearing of already felled trees at the site will continue and subsequent construction activities will begin soon.

"Following the decision of the Hon'able High Court on 4/10/19 upholding the permission of the Tree Authority the felling of 2,185 trees was undertaken on October 4 and October 5, 2019 and as on date 2,141 trees have been felled. These will be cleared from the site and subsequent construction activities will be carried out," a MMRCL spokesman added.

Earlier on Monday, the SC had ordered a stay on further cutting of trees in Aarey forest area till its next hearing on October 21. The apex court's order has come after the Maharashtra government informed that it had already cut down the trees it needed to for its plan to clear 33 hectares of Aarey land for the construction of a car shed and depot.

The felling of trees at Aarey to set up a Metro car shed is being opposed by green activists and local residents. The SC on Sunday registered as PIL a letter addressed to Chief Justice of India Ranjan Gogoi by some students urging apex court's intervention to stop the cutting of trees at Aarey forest area.

The Maharashtra government has also been asked by the top court to file an affidavit on the status of the saplings planted. "Tell us how many saplings you planted. How have they grown? What's the status of your forests?," the SC told Solicitor General Tushar Mehta who was appearing for the state government and other authorities. The SC also said that it will examine if Aarey is part of the eco-sensitive zone or not.

The apex court also ordered the state government to release all activists who were arrested for violating prohibitory orders during the cutting of trees. "In case those are still not released shall be released immediately," Mehta told the SC.