The protesters said that they are doing 'Yagna' and 'Shabd Kirtan' to send a message that the anti-CAA protest at Shaheen Bagh is not only about Muslims and people from other religions are also against the new legislation. 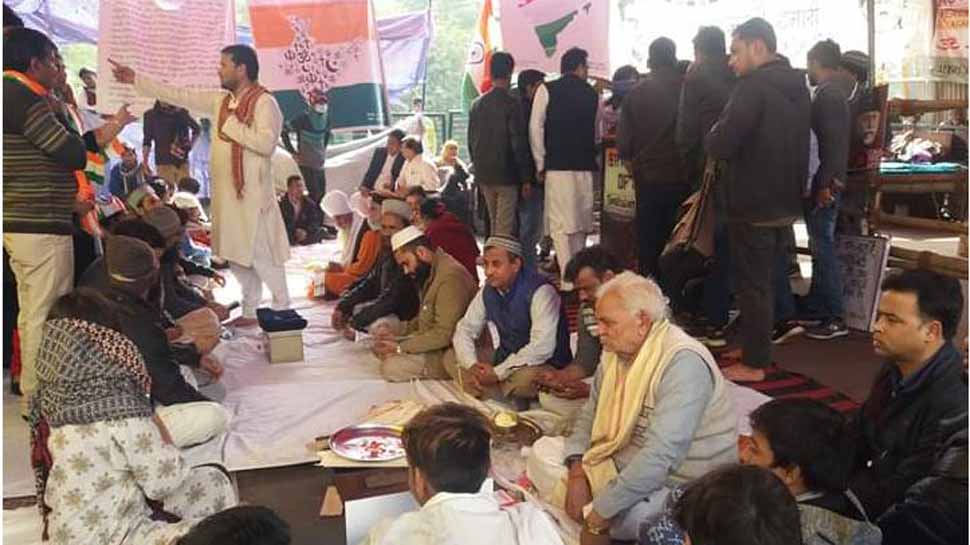 Amid the ongoing protest against the Citizenship Amendment Act (CAA) at New Delhi's Shaheen Bagh, a unique scene was witnessed at the protest site as people from different religions were seen attending a 'Yagna'. Besides 'Ýagna', some people from Sikh community were spotted at Shaheen Bagh doing 'Shabd Kirtan' along with Muslims and Hindus.

The protesters said that they are doing 'Yagna' and 'Shabd Kirtan' to send a message that the anti-CAA protest at Shaheen Bagh is not only about Muslims and people from other religions are also against the new legislation. Many people were seen attending these religious functions at Shaheen Bagh.

Thousands of protesters, mainly women, have been agitating in Shaheen Bagh against the CAA and proposed nationwide National Register of Citizens (NRC) for the last 27 days. Delhi Police has put barricades in place to keep the stir in control.

Meanwhile, a protest was also held in Sarita Vihar on Sunday demanding the removal of police barricades on Shaheen Bagh roads which connects Delhi to Noida. Delhi Police urged the protesters to maintain calm and said that they are in talks with protesters and the issue will soon be resolved.

"Traffic jams and disruption to public services get caused due to protest. We requested the public not to do protests on the main road which they have agreed to. Our responsibility is to ensure peace is maintained and law and order prevail," DCP South East Chinmoy Biswal told ANI.

In a related development, the Delhi High Court on Friday (January 8) rejected a plea seeking removal of police barricades in Shaheen Bagh area.