Bodies of seven policemen were on Friday extricated from a police post hit by an avalanche near Jawahar Tunnel in Kulgam district last evening, even as heavy snowfall in Kashmir claimed two more lives in Anantnag. 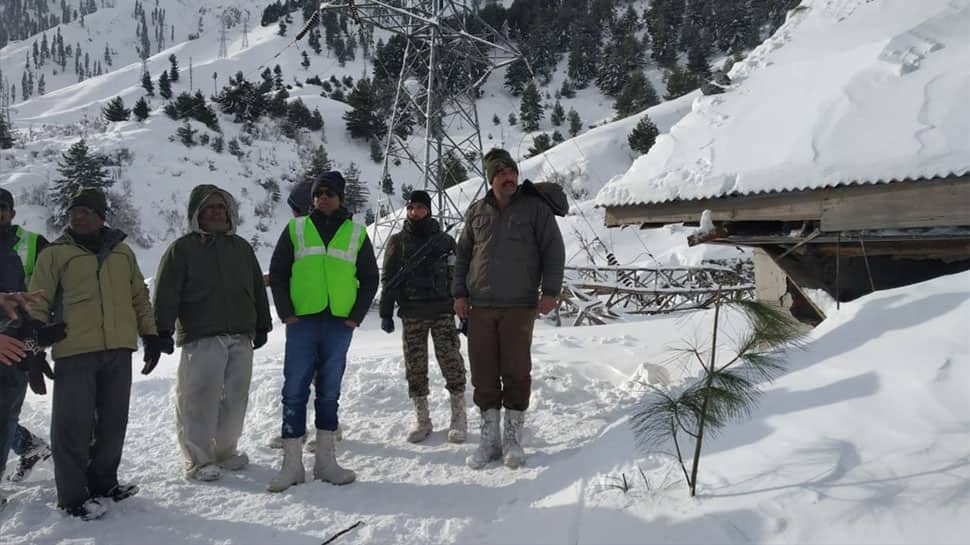 Srinagar: Bodies of seven policemen were on Friday extricated from a police post hit by an avalanche near Jawahar Tunnel in Kulgam district last evening, even as heavy snowfall in Kashmir claimed two more lives in Anantnag.

While two cops were rescued, another was missing in the Kulgam incident, a police official said.

The rescued police personnel were shifted to hospital where their condition is stated to be stable, he said.

In the second incident, a couple died after their house was buried in a snowslide in Anantnag district on Thursday evening but rescue teams managed to pull out their two children alive.

The victims were identified as Bashir Ahmad Qureshi and his wife. The incident occurred at Sonabrari-Magam in Kokernag area of the district, the official said.

On the police post incident, the official said an avalanche hit the north portal of Jawahar Tunnel on the Qazigund side in Kulgam district on Thursday evening. While 10 cops were able to rush to safety, 10 others were trapped.

Rescue teams faced a lot of difficulty in reaching the avalanche site this morning due to strong winds and accumulation of snow, officials said.

Heavy snowfall across Kashmir over the past two days has triggered avalanches and snowslides in many places in the hilly areas of the valley. The authorities have issued an avalanche warning for 16 of the 22 districts of Jammu and Kashmir

Kulgam district in south Kashmir received maximum precipitation in the past 24 hours. Some places in the district have received as much as five feet of snow, they said.

After heavy snowfall, weather improves in Jammu and Kashmir